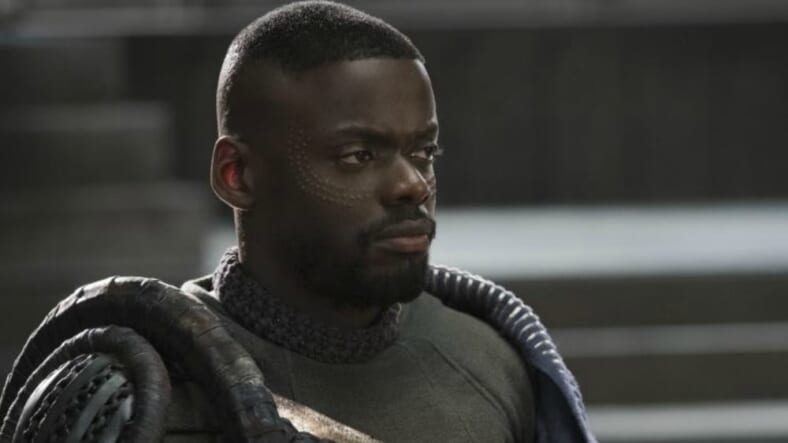 Daniel Kaluuya, fresh off of starring in Get Out and a feature role in Black Panther, will be the leading man in another independent romance drama called Queen & Slim, this time written by Emmy winner Lena Waithe.

Queen & Slim centers on a black man and black woman who go out on a first date that goes bad after the two are pulled over by a police officer at a traffic stop. But the twist in the plot is flip in the script of what’s been in headlines for the past several years. In a likely controversial move, the couple kills the cop in self-defense but rather than turn themselves in, they go on the run.

READ MORE: Lena Waithe gets candid about being a Black artist on Questlove Supreme podcast

“To me, this is protest art,” Waithe told Variety. “It’s about being black and trying to fall in love in a world that’s burning down around you.”

Waithe, known for her work on Master of None and The Chi, wrote the script based on an original idea and from bestselling author James Frey (“A Million Little Pieces”) and a story by Frey and Waithe. She is producing the film through her company, Hillman Grad Productions, along with company De La Revolución Films and Frey’s 3BlackDot.

READ MORE: Ryan Coogler there could be a Women of Wakanda spin-off and we already can’t wait

Queen & Slim will go into pre-production this October with production commencing in January. The producers are still looking to cast a woman for the role of “Queen.”

“Insecure” and “Master of None” helmer Melina Matsoukas is making her feature directorial debut.

Kaluuya, most recently appeared as W’Kabi in Black Panther and received an Academy Award nomination for Best Actor for his lead role in Get Out. Waithe became the first black woman to win a comedy writing Emmy for the “Thanksgiving” episode of “Master of None.”

“It shows that our union is the greatest weapon against the assault on black people in America,” she said.

READ MORE: #CouponCarl, man who called cops on Black woman at CVS, was once busted forgery