The compelling series is about a lot more than basketball. 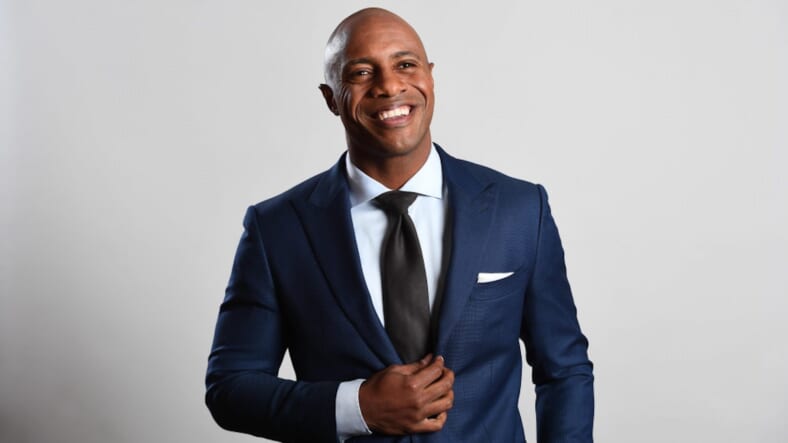 Jay Williams is a man of many talents and his inspiring story makes him the perfect person to coach and mentor the youth on Best Shot.

Williams stars in the YouTube docu-series executive produced by NBA star, LeBron James and we caught up with him to find out how he uses his own experiences to teach kids about life.

The ESPN analyst, motivational speaker, and New York Times bestselling author is considered one of the most prolific college basketball players in history and was the second overall pick in the 2002 NBA draft. While a devastating motorcycle accident pivoted his promising NBA career, Jay now sees the adversity as a blessing in disguise that taught him how to thrive and inspire others.

“After going through that process and recognizing that I want to be a better version of myself every day, I look at life through the lens of why not than why.”

According to Williams his ability to connect with the kids we see on the series is an important character trait that he takes pride in.

“Relatability is a skill. I think it’s one of the things I have been blessed to have. When I was playing, I was becoming somebody who was way more reclusive and way more aloof. I didn’t want to give people access to me all the time,” he says. “A lot of people wanted different things and I didn’t know how to say no. I think when you’re a player in that limelight, you become a closed-off person in your every day life.”

When it comes to mentoring the kids we see on the series, it’s clear the work he’s doing goes way beyond basketball.

“I would say that the intensity is very high but it has nothing to do with the season. The intensity is about what you need to be successful in life and building the right foundation to approach a life with. When you see the first episode and you hear me say, ‘this is the way I prepare,’ in a drill, the level of detail, intenstiy, commitment, and pain and frustration you have to go through in thirteen minutes; that’s a life lesson. That’s nothing to do with basketball,” he says.

“Can you push yourself to get through the drills? Can you be precise? Can you continue to talk and be winded? It’s those things that allow me to see what kind of character you have. Are you a person who gives up or complains or stops or someone who continues to fight through? That was a way for me to assess, ‘who are you?’ I don’t care about how you play. Who are you? That gave me insight into who they were.”

Jay Williams also took time to highlight how important the work LeBron James continues to do is.

“He’s somebody from a background where he watched his mother do whatever she needed to do give him what he needed. He comes from an inner-city background. Lebron wanted to make more films about kids that looked and sounded like him,” he says.

“People do more with their words now than they do with their actions. To find someone who puts his money and his time where his words are is something I respect and love about him. What Lebron has been able to do on the court is great but what this man has been able to accomplish off the court speaks way more than how many points he scores and him being considered the greatest player of all time. The time and effort he spends on implementing change, that’s the secret sauce. Our youth needs us and they need our commitment and that comes with time.”

Check out this week’s episode: