From Omari Hardwick to Denzel Washington, there are a lot of Black folks on the big screen right now. 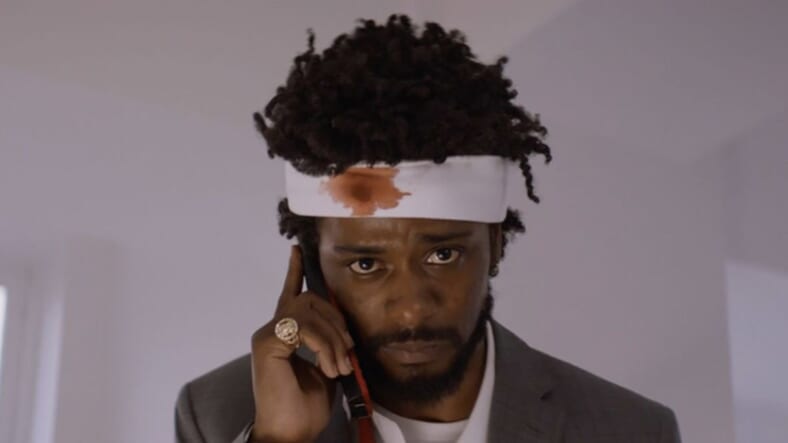 Sorry to Bother You

It’s a great weekend to go to the movies thanks to several films featuring some of our favorite stars. From Omari Hardwick to Denzel Washington, tons of Black actors are lighting up the silver screen right now.

Here’s a rundown of what to see  this weekend:

The masterpiece from Daveed Diggs and Rafael Casal opens wide this weekend and we can’t say enough about what an amazing movie this is. The film was written by its stars and manages to deliver a deeply-moving commentary on some of the most important issues facing our community, wrapped up in a disarming, buddy film.

The dramedy manages to be entertaining while tackling rampant police brutality, rapid gentrification, and the trauma that comes with being treated like outsiders in our own country and it’s not to be missed.

Insecure star, Y’lan Noel co-stars with Lex Scott Davis for a fear-filled ride that explains how The Purge came to be.

“Behind every tradition lies a revolution. Next Independence Day, witness the rise of our country’s 12 hours of annual lawlessness. Welcome to the movement that began as a simple experiment: The First Purge.

To push the crime rate below one percent for the rest of the year, the New Founding Fathers of America (NFFA) test a sociological theory that vents aggression for one night in one isolated community. But when the violence of oppressors meets the rage of the marginalized, the contagion will explode from the trial-city borders and spread across the nation.”

Denzel Washington reprises his role as Robert McCall in the sequel to the 2014 film, The Equalizer and this time, he’s called back into action after trying his best to mind his business as a Lyft driver only to be wronged to the point of no return.

The action-packed preview shows Washington taking no prisoners as he exacts revenge for his friend Susan Plummer (Melissa Leo) and kills a bunch of other bad guys in the process and the flick took the No.1 spot at the box office on its opening weekend.

Sorry To Bother You:

Weird. Trippy. WTF did I just watch? Those are likely the first thoughts of anyone leaving the theater after seeing Sorry to Bother You, Boots Riley’s directorial debut. It’s a deeply entertaining, kaleidoscopic look at capitalism, race relations, economic justice, and morality.

Set in an alternate reality, modern-day Oakland, CA, Sorry to Bother You stars the tremendously talented Lakeith Stanfield bringing all his lanky, left of center charm that makes him a fan favorite on Atlanta. The film also stars Tessa Thompson, Omari Hardwick, and Terry Crews and is sure to entertain from beginning to end.