This law, which exists in at least 25 states, doesn't seem to work when the shooter in question is Black. 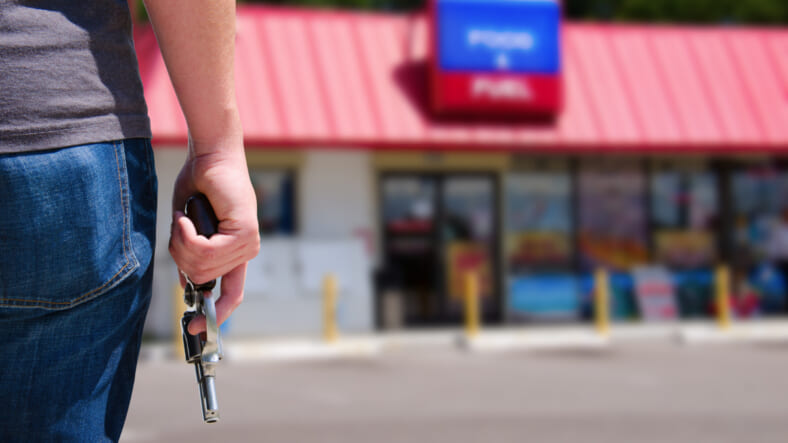 Our lives swing in the balance of the mood of any White individual who deems us dangerous. (Fotolia)

There was a time, not too long ago in America, when the measure of Black life was at the complete and utter whim of a White person’s desires.

In addition to law enforcement unfairly targeting African-Americans recently freed of their literal chains, seemingly any good ol’ boy or gal could determine a death sentence for a variety of “crimes.” Whether it’s whistling at a White woman or drinking from a White man’s well (as is documented in the new and necessary National Memorial for Peace and Justice aka Lynching Museum in Montgomery, Alabama), these so-called atrocities often resulted in the charred remains of Black bodies suspended from above.

Apparently, someone wistful for that bygone era of Jim Crow jumped into a DeLorean with a Confederate flag license plate and drove back half a century or more for inspiration. Instead of something worth while, this time traveler returned with the Stand Your Ground law.

This law, which exists in at least 25 states, allows people to use deadly force against an alleged assailant if they believe their lives are in danger. Most recently, it permitted a White Florida man (yes, the same kind of Florida man of FX’s “Atlanta” lore) to walk free after he turned a fight with a Black family over a parking spot into a deadly confrontation.

The scum in question, Michael Drejka, shot and killed Black father of two, Markeis McGlockton, in front of his children and girlfriend all because McGlockton took exception to a grown ass White man getting into a screaming match with the mother of his children over their parking spot.

During their heated argument, McGlockton shoved Drejka to the ground. Drejka’s response, gunning McGlockton down, has yielded no repercussions from authorities who did not even arrest this loon. Though those same authorities acknowledged Tuesday that, thanks in part to public pressure, they are still investigating the case. The fact remains that Drejka is free.

That is not the case for a 38-year-old Jacqueline Dixon, a Black woman who was locked up after shooting and killing her estranged husband early Tuesday, in Alabama.  Despite the fact that Dixon feared this man enough to have once sought, and successfully obtained, an order of protection, according to AL.com. Dixon’s husband allegedly charged at her in an aggressive manner during the incident. With Alabama, being one of the Stand Your Ground states, it seems logical that Dixon would have been allowed to go free just like Drejka.

Dixon’s case is one in which a woman shot a man, who at least at one point in life, the court agreed, she had valid reason to fear. This was someone known to her who was a credible threat on her property versus a random family, whose biggest crime was a minor parking infraction. One of these shooters is behind bars and the other didn’t spend one single second in jail. 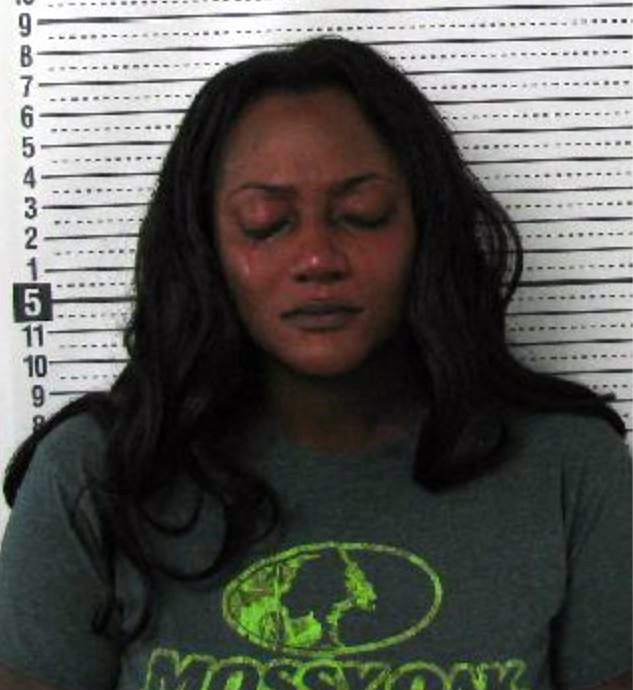 Jackqueline Dixon Ss behind bars after police say she shot and killed her estranged husband.

What could be the difference here, you ask? Go ahead and guess. Dixon is Black.  Black, just like Marissa Alexander, who in 2011, was denied Stand-Your-Ground protection in her home state of Florida after firing a mere warning shot to scare off her allegedly violent spouse, whom she had accused of abusing her in the past. Alexander was originally sentenced to 20 years in prison, but ended up spending five years in incarceration, including a portion under house arrest, even after global public outcry and an overturned conviction.  As recently as July 2018, she is still fighting to get her right to vote restored.

Meanwhile, the law that didn’t count for Alexander, has comfortably shielded Drejka, and before that, the repugnant racist George Zimmerman who gunned-down a teenaged Trayvon Martin after stalking him through a Florida community.

READ MORE: Parking officer calls one-legged Black man N-word in handicapped space, lies about him having a knife and has him arrested and prosecuted

Stand your Ground offered no immediate protection to not one, but two Black women, within the last decade. Simultaneously, it has protected two White men, the latter of whom is still stalking people affiliated with a documentary that explores his callous crime.

You’d have to be some kind of fool to think this isn’t a racial issue.

We’ve reached the point in our history where law enforcement no longer even feigns equality.  Not only can we be shot and killed by a police force that claims to fear us and defends its actions by invoking the image of a Black boogeyman (or woman), we can also now be murdered in broad daylight. In the midst of minding our own business, killed over something as trivial as a parking infraction or a candy store run. Our lives swing in the balance of the mood of any White individual who deems us dangerous.

For all our advances, the smartest of smart phones, planned civilian flights to space, the ability to livestream from an array of social media platforms, this racial climate hearkens back to a simpler, and much more sinister time.

There are no ropes swinging from the trees above. There are no rogue groups of hooded men standing on your porch at midnight.  There are fewer crosses burning on our lawns.

But, make no mistake, there is STILL a lynching law in place. Stand your Ground legislation, specifically its enforcement, is the new Jim Crow and the fruit, while very different, is still strange.

Kyra Kyles is a multiplatform media executive, author, and speaker on media diversity.  In addition to her 20-plus years as a journalist, including a tenure as Editor-in-Chief of EBONY and a multimedia correspondent/columnist for the Tribune Company, Kyra is the Chicago-based co-founder of content development collective, Myth Lab Entertainment. Follow and feel free to interact with her via @thekylesfiles  on Instagram, Facebook, and Twitter.