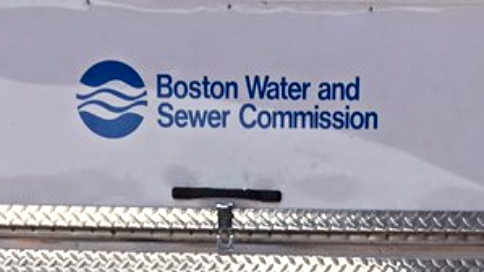 Two former employees have filed a lawsuit accusing the Boston Water and Sewer Commission accusing the city department of enabling a racist and sexist company culture. (Courtesy of Twitter)

Barbara Gillis is alleging the unacceptable behavior began on her first day of work in 2010. Both she and another co-worker have said that at the Boston Water and Sewer Commission, women and minorities are routinely discriminated against, racial slurs are common, and retaliation against workers who complain is a normalized response.

“It was really devastating to be in a workplace where I was being treated this way,” said Gillis. She claims she was told not to sit with African-American co-workers.

“She went to take a seat on a bench and somebody said, ‘You don’t cross the Mason-Dixon Line,'” explained her attorney, Nick Carter.

These claims are just the tip of the iceberg when it comes to the blatantly problematic treatment she says she endured for years, until she was finally prompted to file a 27-page detailed and extensive suit against the agency.

Gillis is also accusing her direct supervisors and co-workers of racism, gender discrimination and sexual harassment.

“It’s not a one-off,” said Carter. “This is not just one bad character, this is a culture there that has persisted for years, if not decades.”

“Everything that I experienced in that place has definitely changed my life,” said Gillis.

“It goes without saying that the language and actions alleged here should not be tolerated in any workplace and we hope that this is resolved as quickly as possible,” Boston Mayor Marty Walsh, said in a statement.

“I was anxiety-ridden,” said Gillis. “It was a really hostile work environment, just plagued with bullying and retaliation.”

“They literally have doctor’s orders — you can’t work, you can’t go back to Boston Water and Sewer,” said Carter. “It’s that toxic.”

The agency has yet to publicly comment on the lawsuit.