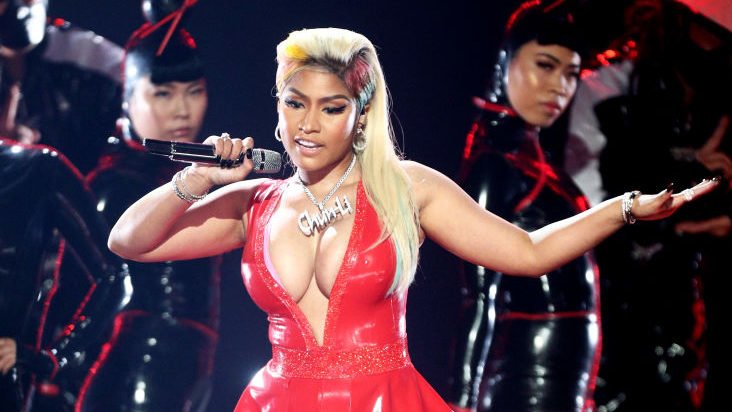 She shared the news on social media and streamed the album track by track on Apple Music’s Beats 1.

Minaj’s fourth album is her first since 2014’s The Pinkprint and comes after months of drama and delays.

As expected, Nicki Minaj pulled no punches and a few tracks feature some major shade-throwing at industry heavyweights like DJ Khaled, Young Thug, and her ex, Meek Mill whom she accuses of sliding in her Das long after their breakup. “Barbie Dreams” is particularly amusing since Minaj takes the opportunity to out every rapper (and one NFL player for good measure) who has tried to get a little too close for her comfort.

In the 4:40 track, she manages to call out everyone from Drake to Eminem to 50 Cent.

“Drake worth a hundred milli, always buying me shit/ But I don’t know if the pu**y wet or if he’s crying and shit,” she spits about her label mate.

“Em, cop the barbie dream house then you can play the part/ I ain’t tryin’ to bust it open in a trailer park,” she continues.

“Had to cancel DJ Khaled, boy, we ain’t speaking/ Ain’t no fat ni**a telling me what he ain’t eating,” she muses.

“I tried to fu*k 50 for a powerful hour, but all that nigga want to do is talk Power for hours,” she rhymes about Fiddy. Hilarious.

She also had words for YG, The Game, Young Thug, Designer, Tekashi 6ix9ine, and Odell Beckham, Jr., among others.

The shade-filled track has fans in a frenzy and Twitter is full of their responses. Here’s a few of our faves:

The male rap community after listening to Barbie dreams pic.twitter.com/4fdLnGyDAG