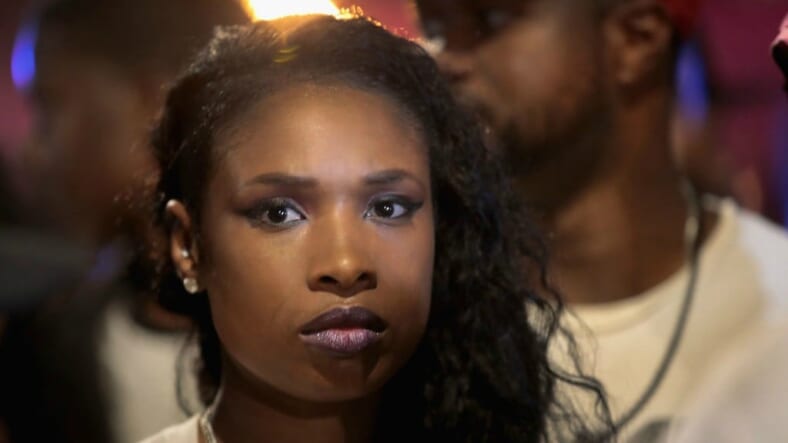 It seems New York Mayor de Blasio and Christine Marinoni,the wife of actress-turned-politician Cynthia Nixon, once tried to convince Jennifer Hudson to take a brief timeout from sharing her #BlackGirlMagic with a group of students in Brooklyn.

According to The New York Post, the drama went down back in 2015, when De Blasio and  Marinoni, along with a bunch of City Hall aides, banded together to prevent the singer from performing at a Success Academy rally. There was a lot of controversy surrounding charter schools’ inadequate resources and the lack of classroom space at the time. Thousands of demonstrators gathered in Cadman Plaza in Brooklyn to demand that the mayor put an end to education inequality by expanding the number of charters.

The alleged problems were so great at Success, which is run by de Blasio nemesis Eva Moskowitz, that the mayor and his crew were quick to set out to feed the Oscar-winning actress negative information about the charter network.

E-mails obtained by The Post show that former de Blasio spokeswoman Monica Klein wrote to several aides back in September 2015: “As per the Mayor, cc’ed – Want to talk about finding her rep and having us inform them.” Later that same day, another mayoral aide relayed the contact information for Hudson’s team.

The next day, Marinoni, who worked at the Department of Education, reportedly offered to have Nixon and her publicist reach out to Hudson’s reps.

“Cynthia and her publicist are going to communicate with Jennifer’s publicist, with the message being ‘if you know exactly what you’ve signed up for great, but if you’re not totally aware of who Eva M is and Success Academies I would love to brief you,’ ” Marinoni wrote on Sept. 29.

Nixon, who is now running in a Democratic primary against Gov. Anthony Cuomo, said through her campaign spokeswoman that she “recalls discussing but, since it was three years ago, she does not recall if they ultimately reached out” to Hudson.

Hudson ended up performing at the rally. Mayoral spokesman Eric Phillips noted at the time that he didn’t know whether Nixon or De Blasio’s efforts were successful.