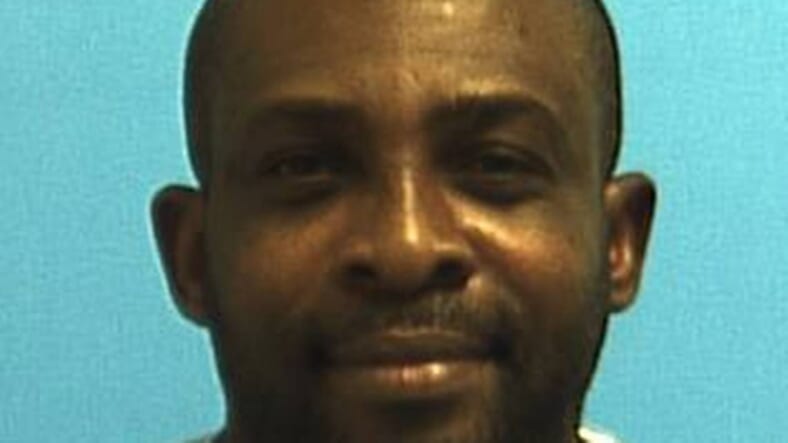 Former Florida police chief Raimundo Atesiano is accused of ordering his officers to trump up charges against innocent Black men, like Clarens Desrouleaux (pictured here), so that his department could maintain an impressive record. (courtesy of Florida Corrections)

Another wrongful conviction has been tossed involving the ex-Florida police chief Raimundo Atesiano, who ordered officers to frame several Black men in order to improve his area’s crime statistics, reports the Miami Herald.

Atesiano, who resigned four years ago, was the Chief of Police for a small suburban village between Miami Shores and North Miami. During his leadership, his officers solved 19 burglary cases, or so everyone believed.

In the latest case, prosecutors dismissed the wrongful burglary conviction of a man who they found was framed, serving five years in prison and then was deported back to his native country, Haiti.

“It is this office’s position that the charges brought against Clarens Desrouleaux … cannot be substantiated and require that the judgment and sentence be vacated,” Miami-Dade Assistant State Attorney Justin Funck wrote in a final memo on the case.

“While there is evidence that Clarens Desrouleaux was in possession of a stolen check, there is no evidence to suggest that he was the individual who actually broke into the house and stole the check,” Funck wrote in his memo.

The case was bolstered by two officers, Charlie Dayoub and Guillermo Ravelo, who said Desrouleaux confessed to three breaks-ins. Both Dayoub and Ravelo admitted to lying and plead guilty on corruption charges. They are now working with the prosecutor against their former boss.

In July, Ravelo, 37, pleaded guilty in Miami federal court that he conspired to violate the rights of two falsely accused men. According to the Miami Herald, one man was charged with a pair of home break-ins in 2013, and the other with five vehicle burglaries the following year.

Ravelo was fired from his job earlier this year. The charges against the two Black men who were falsely accused men were ultimately dismissed.

In June, Atesiano and officers Raul Fernandez and Dayoub were all indicted. Both officers plead guilty and secured a deal against Atesiano. The disgraced former police chief, however, denies the charges against him and hopes to win the federal trial building against him by putting the blame on the officers.

Desrouleaux, however, was just cleared last Friday when state prosecutors lobbied a judge to dismiss his wrongful conviction from the record.

The highly unethical policing practice came crashing down after officer Anthony De La Torre admitted during an internal investigation that he was told by department leaders:

“If they have burglaries that are open cases that are not solved yet, if you see anybody Black walking through our streets and they have somewhat of a record, arrest them so we can pin them for all the burglary. They were basically doing this to have a 100 percent clearance rate for the city.”

For his role in the corruption, Atesiano was charged with abuse of power after an internal investigation revealed that he ordered cops to target and arrest blacks and charge them with unrelated crimes the Miami Herald reports.