WATCH: Omari Hardwick shows off his rap skills on ‘TRL’

Turns out the actor has a hidden talent. 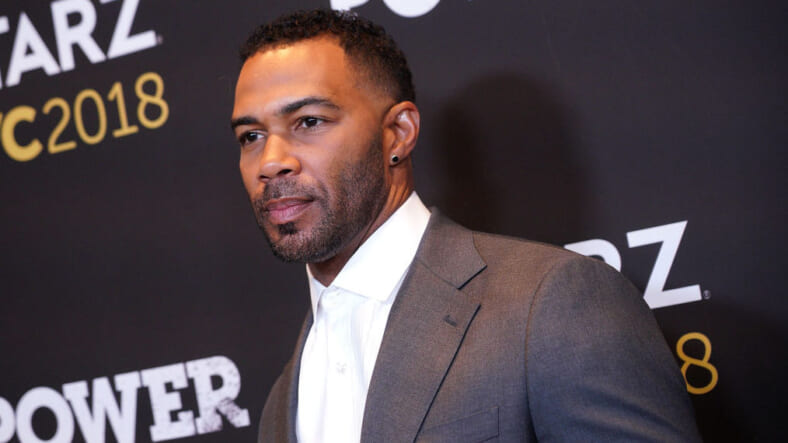 It turns out Omari Hardwick has a hidden talent.

The sexy actor and star of POWER showed off his rhyming skills on MTV’s recently revamped TRL and proved he can spit bars almost as well as he can heat up the small screen. Ok… maybe not that well.

He was on the set of the show hosted by Sway to promote his latest film Love On Election Night: A Boy, A Girl, A Dream before being challenged to a round of “Breakfast Bars.”

It’s unclear whether not Omari Hardwick was free styling or not, but he gave an awfully good showing for someone who was put on the spot. Thoughts?

In the upcoming film, Hardwick stars as Cass—a very talented and disillusioned filmmaker who fills the hours with nightclubs, alcohol, and fruitless over-thinking when he’s not spending time with the love of his life, his son. Cass is a sensitive soul who is holding back from fulfilling his dreams. Meagan Good co-stars as Frida, a lawyer who is suppressing her creative talents as well.

The two randomly meet on a fateful night— the evening of the 2016 presidential election. Viewers are voyeurs to the nuances and raw awkward moments of an impromptu first date that is surprisingly intense and realistic. All of that is couched in the anxiety and dread that we all felt on that November night.

The chemistry between Hardwick and Good is undeniable and the dialogue (which has a fair amount of improvisation) is pitch perfect. Sundance audiences felt the same way. The movie sparked such a buzz that it has already been picked up by Samuel Goldwyn Films.