Sunday, the Afro-Latina singer shared what some believe was an archaic and tone deaf  Instagram post about how it’s a woman’s responsibility to keep her boyfriend’s home clean at all times.

“A Man’s House is a Reflection of the woman [he’s] with.

Fans of Amara La Negra quickly called her out and let it be known that her values may be in serious need of an update.

“Is the woman his cleaner?

“Oh. Hell. No,” chimed in several others

“A man’s house is a reflection of the woman’s he’s with. Food for thought.” ? Being Pretty is Just a Bonus with me.

“Girl, what year are you living in? It’s HIS f–king house. It’s a reflection of HIM, and how much he cares about his surroundings. I have my own place to keep clean. Call Molly Maids, n—a. Or clean like I know your mama taught you. Backwards.”

“Sis…you were out here singing about how insecure he makes you feel,” someone pointed out referencing one of her singles called Insecure. “But you about to be a maid for him? Stop being a pick me!!!!”

The tidal wave of pushback led the reality star to edit her caption to read, “‘A man’s house is a reflection of the woman’s he’s with. Food for thought.’

Being Pretty is Just a Bonus with me.” 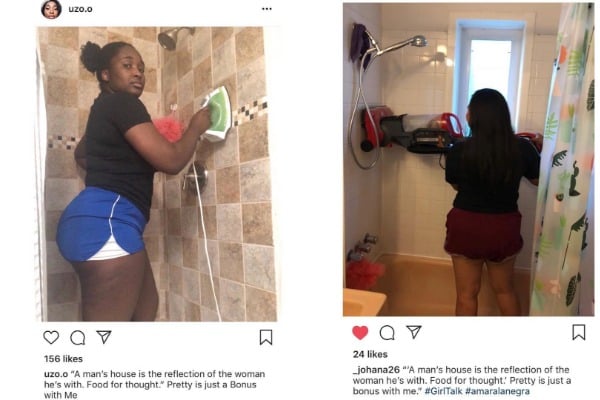 She also deactivated the comments section under her post for a while to give people an opportunity to calm down. However not everyone hated her message, and as a result, some even started sharing their own recreations of her post.