EXCLUSIVE: Taraji P. Henson and Will Packer on ‘What Men Want’

Taraji dished details on her fiance when we visited her on the set of the upcoming film. 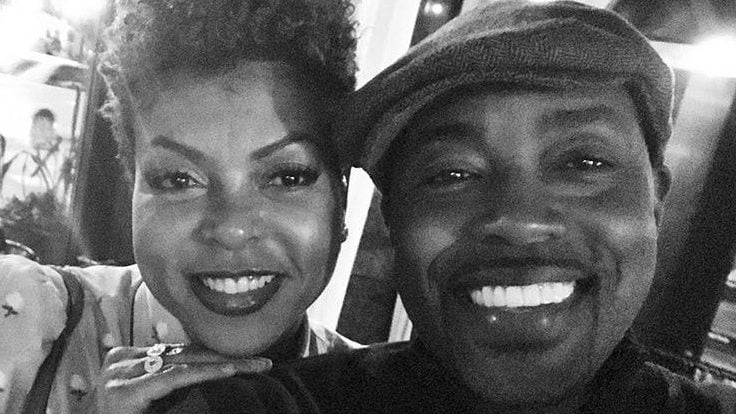 Taraji P. Henson wants to make you laugh. That’s what we found out when we visited the set of her latest film, What Men Want, in Atlanta. Of course, over the years, she’s given us flashes of humor, especially as the outlandish Cookie Lyon on Empire, but Henson has rarely done outright comedy and never one where she alone was at the top of the call sheet.

The big assist in changing that comes from super producer Will Packer who helped give us last year’s $100 million-plus laugher Girls Trip that put comedienne Tiffany Haddish’s wattage on a zillion. For Packer, a film like What Men Want starring Henson is long overdue.

“I’m excited by it because Taraji hasn’t done a comedy really since she and I did Think Like A Man, yeah, Think Like A Man Too,” he shared as monitors played the day’s major scene in the background.

“I always felt like in that movie she was underutilized because I know how funny she is,” he continued. “I mean, listen, I had Regina Hall in there and Meagan [Good] and Gabrielle [Union], funny, funny people, but Taraji just personally makes me laugh as who she is in real life. And so I knew there would be an opportunity with this kind of movie to let her loose.”

Packer also shared that Henson, herself, let him know exactly why she needed to do a comedy. “She was like ‘I want to do a comedy so bad.’ She was like ‘I’ve been the put upon, downtrodden [woman and] Cookie [for so long], I’m so tired. I just want to laugh.’ I was like ‘alright, [with this], you can be as silly as you want to be.’”

If What Men Want sounds vaguely familiar, you might recall the 2000 film What Women Want starring Mel Gibson as a man who could hear the thoughts of women. After Paramount contacted Packer about updating the title, the story, initially shaped by Black women screenwriters Jas Fly [Waters] and Tina Chism, became one about Ali Davis, a sports agent trying to crack the glass ceiling in an all-boys world who becomes privy to men’s thoughts.

On the day of the set visit, Henson’s character Ali’s ability was on full display in a wedding scene originally slated to film outside but brought into the church due to impending rain. During a small break in filming, Henson, in full on bridesmaid attire rocking a boss woman bob, dropped by to chat.

“This is the role I’ve been waiting for,” she shared. “As a single parent moving to LA, doing a half-hour sitcom was a dream role for someone in my position because I still had time to go home and do homework and you know, so it didn’t require those crazy hours. But,” she continued, letting out a surprised laugh, “as God will have it, I was always doing drama. So I’ve always been wanting to do this and I knew that I would have a lot to prove [to those who say] ‘you don’t do comedy.’”

For Henson, however, comedy is just a natural part of living. “I try to put comedy in everything I do because, in life, you laugh one minute and you’re crying the next,” she explained. “And I think, to me, the best dramatic actors in my experience are comedic actors because they add another layer. They don’t make it just about the deep, dark drama (adding drama to her own voice). They can find the nooks and crannies where we can be human. So I enjoy comedy. Oh thank you God,” she whispered evoking laughs all around. “Thank you so much.”

Understandably doing a wedding scene made the then recently engaged Henson think of her own to former NFL player and Super Bowl champion Kelvin Hayden. When asked who she would have at her wedding, dead or alive, Henson replied “If you’re talking about somebody singing at the wedding, of course Whitney!”

When it came down to song choices, her selection of Stevie Wonder’s perennial wedding song “A Ribbon in the Sky.” “I know that’s cliché but my cousin, when I was little, got married and she had a fairytale wedding and they sang that and I’ve just been obsessed,” she explained.

Although she shared that, because she has a large family, her wedding will be big, she also confessed that filming the wedding scene for What Men Want had her re-thinking the formality of the ceremony. “I don’t know if I want all of that,” she admitted. “It might just happen at the cookout and everybody will be like ‘Oh it’s happening now!’ For me, it’s not even about a spectacle, it’s about who’s around. It’s about the circle being around us so, when things go bad and we try to leave that circle, they go ‘uh-uh, get back in there!”

As for not being able to star in last year’s smash comedy, Girls Trip, Henson has zero regrets. “I don’t know what role [Will Packer] had in mind for me, but, honestly, at the time, I just felt like that was somebody else’s blessing,” she shared with Packer in the room interjecting ‘you would have killed that thang’ to affirming laughter throughout the room.

“So then when he came back to me, Will, he knew what I was looking for,” Henson continued. “I was looking for my number one position to shine as a comedic actress. Sometimes you say no to things or something doesn’t work out and God has a bigger plan. And that’s how I move in life.”