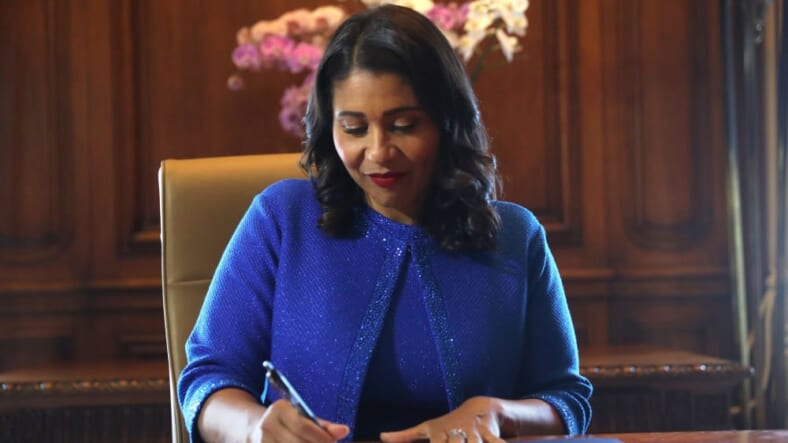 San Francisco’s new mayor London Breed is starting off her term on a progressive note—she just announced that San Fransisco is waiving $32 million worth of administrative court fees for 21,000 people.

When Breed was on the Board of Supervisors, she led an effort to push through legislation that prohibited the city and county court systems from demanding charges such as booking fees and probation costs from people going through the system. That legislation passed, but it was not retroactive, which meant that thousands of people were still on the hook for millions of dollars worth of administrative fees.

READ MORE: Is Andrew Gillum the ‘Woke Obama’ we’ve been waiting for?

“We should be actively helping people to get their lives back on track after they have paid their debt to society,” Mayor London Breed said in a statement. “Garnishing the wages of people facing the challenging task of securing employment and housing can make that impossible.”

The city of San Francisco will lose that stream of revenue, but Global Citizen notes that approximately 80% of those fees were never paid anyway. In an interview with the San Francisco Chronicle, Anne Stuhldreher, director of San Francisco’s Financial Justice Project, explained why the system was broken.  “These fees are designed to recoup costs, and they don’t do that. We need to fund our criminal justice system in a more fair and just way than on the backs of poor people,” said Stuhldreher.

The practice was essentially just piling on debt to the often economically insecure segment of the population that has gone through the criminal justice system.