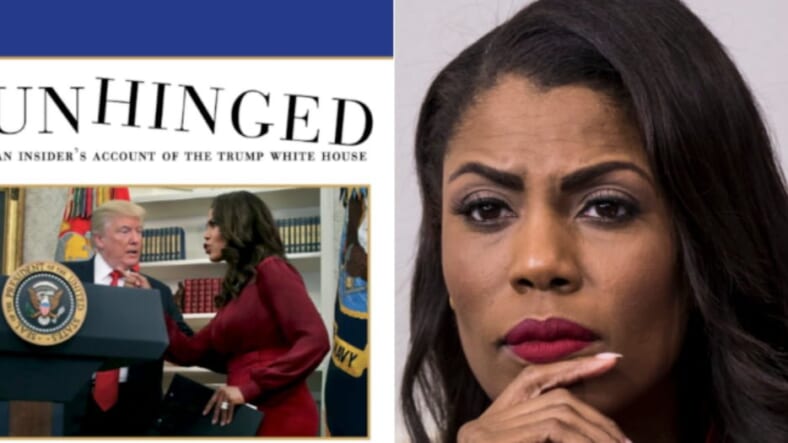 Former White House aide Omarosa Manigault Newman managed to accumulate a treasure trove of secret audio tapes but just how she was able to record the Trump administration by releasing a series of juicy covert tapes has been a mystery until now.

Axios.com reports that Manigault-Newman simply used her personal cell phone to record damaging conversations with White House officials, including the bombshell conversation with chief of staff John Kelly, who fired her in the Situation Room.

Personal cell phones were banned from the White House during work hours back in January by Kelly, but that didn’t stop Manigault-Newman who used her cell phone along with her government issued one to tape conversations.

The source said Manigault-Newman would sometimes put her government issued phone on speaker so she could use her personal cell to record conversations.

The source said Manigault-Newman was somewhat “paranoid” and “wouldn’t write me on email or text me — many [conversations] happened on Facebook Messenger (she didn’t want what happened to Hillary Clinton and her emails to happen to her).”

According to the source, Manigault-Newman recorded “nearly every conversation she had while working in the White House,” which includes talks with “all of the Trumps.” This was to “cover her own butt,” the source told Axios.

In the wake of the release of Manigault-Newman’s tell-all book “Unhinged: An Insider’s Account of the Trump White House” about her alleged experience in the Trump White House, she claims White House Chief of Staff John Kelly is racist, and believes he fired her in December because she’d raised the issue of the possible existence of a tape of Trump hurling the n-word on his reality TV show, “The Apprentice.”

She has rankled President Donald Trump’s feathers and in return he has called her a lowlife and a dog.