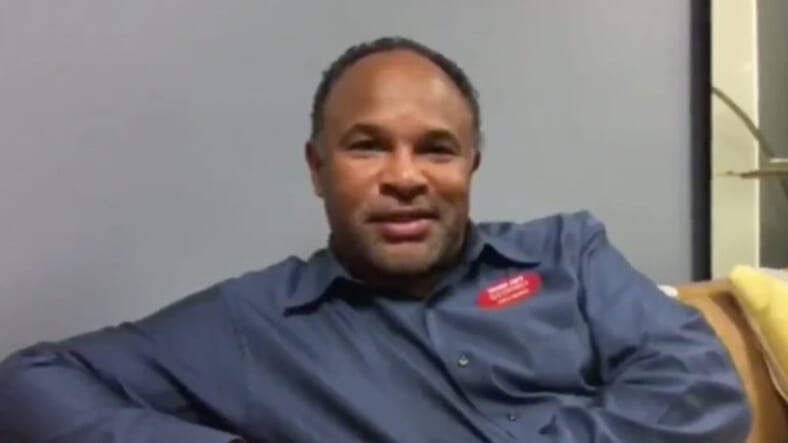 The woman who took a viral pic of Cosby Show actor Geoffrey Owens has apologized for the hurt and humiliation she caused.

Karma Lawrence snapped a couple pictures  of the actor as he worked a cash register at a New Jersey Trader Joe’s grocery store. She then went the extra step of offering up the pics to several websites. The Daily Mail took the bait and several other outlets followed suit with click-bait headlines shaming the actor for working at a retail grocery chain.

For her part, Lawrence says she is sorry about her involvement in the whole debacle. And because Twitter is undefeated when it comes to outing a person’s identity, she was herself shamed online for what some people saw as her attempting to shame Owens.

“So much hate. So much nastiness. Oh, it’s been terrible,” “They write ‘Karma’s a b*itch.’ It’s bad,” Lawrence said in an interview with NJ Advance Media. She has since deleted her social media accounts.

The 50-year-old grandmother claims she never meant any harm by taking the pictures and is in fact a fan.

“When I saw him working there I thought maybe because of everything with Bill Cosby that his residuals got cut. And people have to take a normal job. But I didn’t think anything bad about it. I work a normal job,” said Lawrence.

“I actually wanted to go up to him and say something, but I thought, you might embarrass him. But then I did something that actually embarrassed him more. I didn’t go with my first instinct, and I should’ve. I should’ve,” she continued.

Lawrence says she was not paid a dime for the pictures and she would like to apologize to Owens. “I am extremely, extremely apologetic about what has happened. And if I could take it back, I would,” she said.

A Stream of Support

After the avalanche of job-shaming headlines, Owens got an even bigger surprise: a giant surge of support from long-time fans, Hollywood colleagues, and complete strangers. Owens, who has taught at Yale and co-starred in numerous television programs in the years since the Cosby Show, gave a gracious interview to Good Morning America thanking everyone for the support.

He also received a job offer (via Twitter) from Tyler Perry to join in on shooting the latest season of OWN’s The Haves and Have Nots. What started out as a humiliating situation, might end up being a boon for Owens’ career.