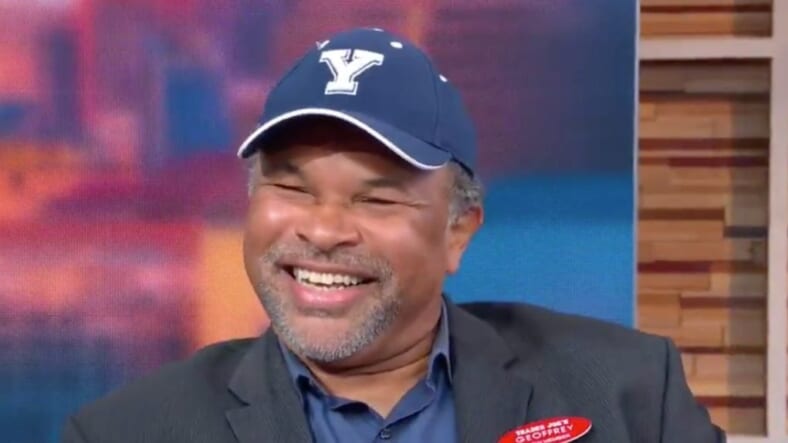 Geoffrey Owens, best known for playing Elvin on the Cosby Show, has responded to Tyler Perry’s apparent offer of an acting gig after Owens was shamed for working at a Trader Joe’s grocery store in New Jersey.

When photos of Owens ringing up customers at the grocery chain went viral with insulting headlines, several celebrities stepped up in Owens’ defense. One of them was Tyler Perry, who helms the OWN network’s highest rated show, The Haves and Have Nots.

#GeoffreyOwens I’m about to start shootings OWN’s number one drama next week! Come join us!!! I have so much respect for people who hustle between gigs. The measure of a true artist.

Around the exact same time that Perry tweeted that offer, Owens was on Good Morning America with Robin Roberts graciously saying that he would prefer to have opportunities to audition rather than have jobs handed to him as a result of this situation. Owens had to quit his job at Trader Joe’s because the new-found attention made it impossible to perform his duties.

On Tuesday evening after Owens had a chance to read Perry’s offer, he responded in an interview with Entertainment Tonight.

“That was kind of cool,” Owens told Entertainment Tonight. “I mean, that kind of sounded like he was saying, ‘Come work with me.’ I’m so, like, skeptical. Like, really? Are you actually saying come work with me? Because we’ve never worked together before. So, that’s a very, very generous thing for him to say. And we’ll see what happens with that. But, that’s encouraging.”

One prickly factor? Owens has never watched any of Tyler Perry’s television work.

“This is going to sound funny. I’m not a TV watcher,. “Never have been. I remember the day that my first Cosby show aired back in ’85! I didn’t even… I barely owned a television,” Owens admitted. “We had to borrow my brother’s TV and set it up. It was this little, dinky thing with the satellite, the little rabbit ears and stuff, in order to watch my first show. I’ve never been a television watcher.”

Owens made sure to also reiterate to Entertainment tonight that he does not expect handouts. He wants to earn work the good old fashioned way.

“I don’t expect to be offered things. It would be lovely as one of the results of this, some doors open in terms of giving me the opportunity to audition. That, I would appreciate — always, as all actors do,” said the husband and father. “I don’t necessarily feel comfortable being given things as a result of this. I mean, I’m not in a position to turn things down but… I don’t expect that kind of thing. I like the idea of, you know, put me in the room with everyone else and see if I’m the right one for the job.”

Read the entire Entertainment Tonight interview to read what Owens says about the most hurtful and encouraging moments of this situation.