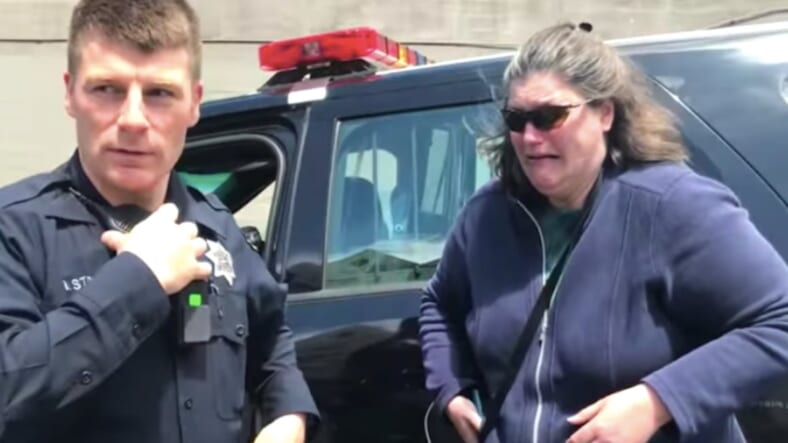 A Michigan lawmaker wants to make it illegal to call 911 and falsely report a person minding their business based on their race.

State Rep. LaTanya Garrett is fed up with the unnecessary police calls on people of color that has polarized the country. So she introduced a bill in the Michigan Legislature on Wednesday, that would turn those racist calls into a crime, the Detroit Free Press reports.

“Throughout the country, there has been an influx of calls where black brothers just being black just seems to be a problem,” Garrett said. “Being a black woman having a black husband for 10 years and having three black children, I’m always worried about their safety.

“So I put myself in their shoes and asked: What safety measures are in place to protect black people who are just living everyday life and having law enforcement called on them for no apparent reason?”

Detroit has been trying to tame the waters by requiring officer to assess the situation before making an arrest.

“If it’s something that doesn’t rise to the level of a criminal matter, that becomes more of a civil issue,” said Police Chief James Craig. “We’re not going to be agents for discriminatory treatment.

House Bill 6318 — and the accompanying House Bill 6319, outlines the penalties attached to the unnecessary calls. It now heads to committee.

Similarly, a New York state senator is proposing a law that would make calling police on innocent Black people a hate crime.

After a Donald Trump supporter called police on him while he was canvassing constituents, Democratic State Sen. Jesse Hamilton, who is Black, wants to make unnecessary police calls against Black people a hate crime to deter folks from taking part in what seems to be a disturbing new trend.

Hamilton was approached by a self proclaimed Trump fan who called authorities after she realized he was handing out campaign literature that was critical of the President’s behavior.

“Waiting for your friends at a Starbucks is not a 911 call — it’s a call of intimidation,” the state senator said, referencing the now infamous Starbucks instance in Philadelphia that inspired the #BoycottStarbucks hashtag.

“That’s gonna be a hate crime,” Hamilton said. “This pattern of calling the police on Black people going about their business and participating in the life of our country has to stop.”