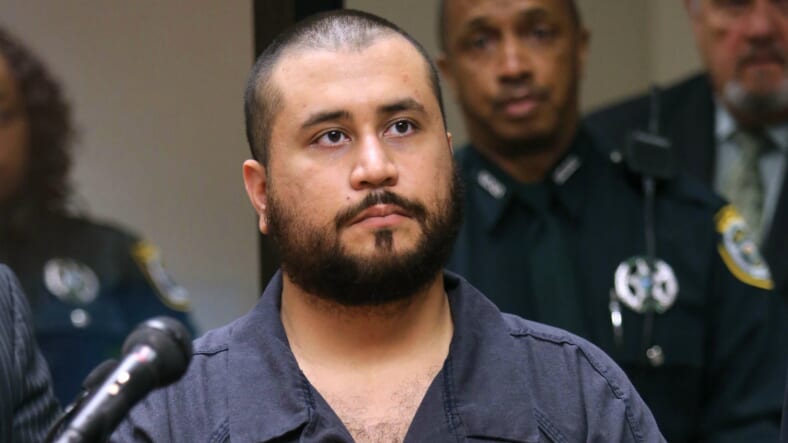 You might remember Zimmerman, 34, as the coward who was acquitted in 2013 despite targeting and fatally shooting unarmed Florida teen Trayvon Martin.

In a series of texts obtained and published by The Blast on Friday, Zimmerman allegedly made threats against power couple Beyoncé and Jay-Z. The texts are actually set to appear in the final episode of the Rest in Power: The Trayvon Martin Story docuseries, which is executive produced by rap titan Jay-Z.

Zimmerman reportedly sent hundreds of texts to private investigator Dennis Warren, whose role was to track down people who’d be willing to participate in the documentary.

“And I’m bringing hell with me.

Oh yeah and tell Jay-Z he’s a b–ch and his wife is a broke whore.

If I see either of them in my life, they’ll find themselves inside a 13 foot gator.”

Back in May, Zimmerman was hit with criminal charges for stalking and harassing Warren.

“Zimmerman was also said to have sent text messages to Michael Gasparro, another executive producer with the project,” reports The Blast. “In that case, he was said to have sent the producer his own address and told him that the Genovese crime family would be after him.”

The finale of Rest in Power: The Trayvon Martin Story is scheduled to premiere on Monday (Sept. 10) at 10 p.m. EST on BET and the Paramount Network.