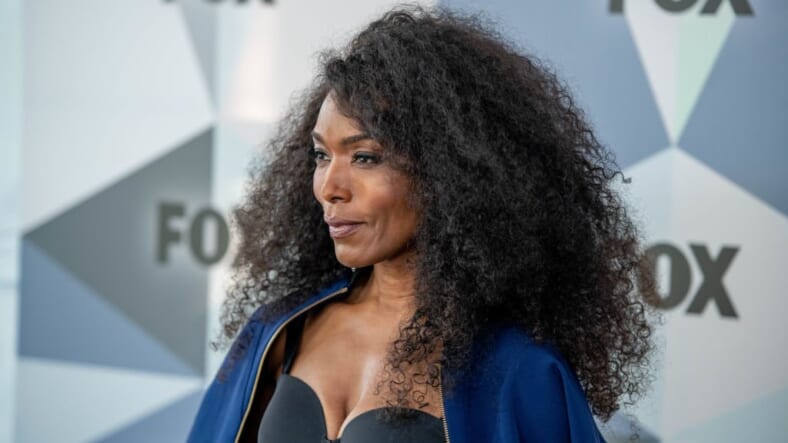 Angela Bassett is not only an award-winning actress but she’s an art aficionado who has taken on the role as co-curator of artist Chelle Barbour’s You Is Pretty! African art series saluting women in media.

According to The Hollywood Reporter, Bassett’s interest in the series came to be thanks to her friend and gallerist Terrell Tilford.

“I’ve been a lover of art for many, many years, so it was just a new venture for me. And when he introduced me to Chelle’s work, I was excited about it as well, about this young artist that I heretofore wasn’t familiar with but found her work to be really strong and really striking in many ways,” Bassett told the Hollywood Reporter.

“Chelle’s work explores that notion of the other or the alien or the marginalization, but she uses the black woman as her muse,” said Bassett. “When I, as an artist, look out into the world, I find those voices, whether it be art or music or narration, that celebrate our beauty, our being different, as a strength, as something positive.”

Barbour herself, whose series will be showcased at Tilford’s Band of Vices gallery in the West Adams district of L.A. through Oct. 13, was reportedly surprised when she heard Bassett stepping in to help with her first solo show.

“When I saw her name as a curator, I was like, ‘What?!?” Barbour explains. “I have been a fan of hers for years. I’m pleased that she likes the work, that she’s seen it. Her endorsement just leaves me speechless.”

—Jay Ellis opens up about his surprise return to ‘Insecure’—

About her work, Barbour said: “I have created a corpus of artwork that engenders questions about agency and beauty through layering visual metaphors across an iconography of black women that evoke Afro-surrealism,” Barbour said in a statement.

“Though at times, the design elements may seem illogical and incongruent as they reimagine and celebrate hybrids of black female identity as mighty warriors, protagonists, sages, and interlocutors, the images portray females who are alluring, confident and regal, whose mystique envelops and draws you in while simultaneously disrupting the notion of black women as unattractive, threatening, and lacking economic value. These fictional beings are compelling, yet feminine and non-binary as well as vulnerable, and resistant to trauma.”