EXCLUSIVE: ‘Manifest’ star Curtiss Cook on working with his real-life son and new gig on ‘The Chi’

The 'House of Cards' alum will join the cast of 'The Chi' in its second season. 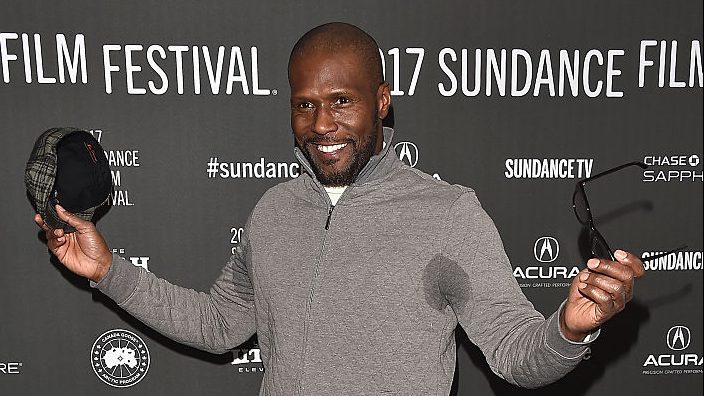 NBC’s latest drama, Manifest, follows several strangers who were aboard a flight that was lost for five years, even though they had no idea any time had passed when they landed. The show hinges on the science vs. spirituality debate and forces viewers to stretch their imaginations while searching for truth and asking questions that rarely offer easy answers. This week’s episode centered on Radd, played by Curtiss Cook.

“There were a couple of elements that pulled me in. First off was the people who were involved…heavy-hitters in the world of television and movies. Then, when they said my character was of Jamaican descent and I would do an accent I was glad I could use my theater training. Then they told me he would play the violin and I thought that would be a challenge because I don’t play any instruments. I’m an artist and I’m gonna go for it. I love the challenge of jumping in and giving it my all,” he said during an exclusive interview with TheGrio.

“The beauty of the series is that each episode is primarily going to focus on one passenger until we get to know all of them and then we rejoin and continue on the journey.”

This week’s episode was all about Cook’s character, Radd, who hasn’t seen his son in the five years he has been lost. Now, his only child is locked up in jail over a crime he didn’t commit.

What made the episode even more special to the actor was the fact that featured his real-life son, Curtiss Cook, Jr., making the emotional moments that much more real and powerful.

“My knees kind of buckled when they told me they wanted to bring him in. This is the top-tier of the television game. This is the Mecca. It’s NBC on Monday night after The Voice at 10pm. I couldn’t believe it. My son playing my son. It’s a miracle. The fact that it happened and we watched it together with the whole family; talk about emotional. The scenes themselves were emotional but I was sitting across from my son, my oldest of five, and he’s the one who made me a father in the first place,” he said.

“This is something you dare not ask for. It’s like you’re being so greedy. I want him to be successful and follow his passion, but who could have thought we would be playing together on a network show in prime time. He got it because he auditioned. He probably went on three or four auditions for the role and I was so proud of him. He had to do the work. As a father and as an actor, I think he nailed it. He did an amazing job.”

If you haven’t had time to tune in to Manifest, you may recognize Curtiss Cook from his roles on Luke Cage and House of Cards; the Netflix series that’s in its final season after Kevin Spacey’s sex scandal sent him packing.

“I am not part of the last season but I got to be on the show from the beginning until last season and I loved every bit of it. It was a very important show when it came out. It’s kind of sad and weird how it turned out with our political climate. I know Robin [Wright] is going to do an incredible job,” he said before addressing the shocking scandal that left the show in limbo.

“[Spacey] was synonymous with the show. When it started, it was his show. To have that happen the way that it did, I’m sure there are some people who don’t want to venture back into that world even though he’s not a part of it anymore,” he said.

“I was shocked and I was taken aback [when the news broke]. I didn’t know what to feel. I don’t know anything. People think you know because you were there but I don’t. I know it has been handled and it has not touched me or my family. I’m sorry that it happened. Deeply sorry.”

Aside from starring on manifest, Curtiss Cook is gearing up for a role on season 2 of Lena Waithe’s hit Showtime series, The Chi. While he remained tight-lipped on the details, he did reveal that he will be playing a businessman who lives on the Southside.