There's more to this actor than meets the eye. 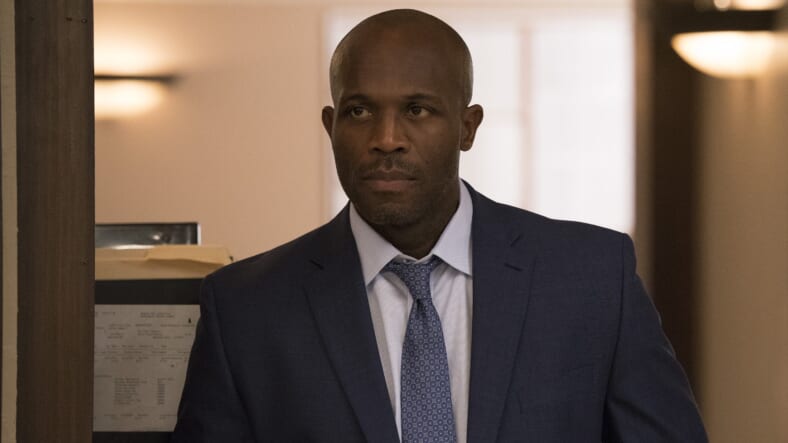 How To Get away With Murder is full of twists and turns and we’re already on the edge of our seats about who’s lying bloody in the snow this season. Aside from incredible performances from Viola Davis and Amirah Vann each week, there’s another reason to tune in…Billy Brown.

The swoon-worthy actor is constantly flexing for the camera and showing off his God-given gifts. The show’s creator, Peter Nowak, told us to gear up for a “big Nate season” this time around.

“What has been so fun about writing Nate is that we have been slowly peeling away the layers of this onion and this season is a big Nate season,” Nowak told TheGrio. “We’re going to pull back more and learn a lot more about him.”

During an interview with TheGrio, Billy Brown revealed that we may be seeing him and Annalise’s relationship in a new light this season.

“He’s trying to figure out what happened to him as a child. That brings Nate and Annalise together in a way we haven’t seen before,” he says. “This will be an opportunity for the two of them to blend agendas and find out who they really are without all the murders and cover ups.”

In anticipation of Nate’s expanded story line, we decided to compile a few photos of this gorgeous guy so viewers can enjoy some eye candy along with all the heart-stopping drama the series is serving up in its fifth season.

Here are 5 reasons we can’t get enough of Billy Brown and his big, brown…eyes?

His muscles have muscles

Ummmm….what sorcery is this?! Watching Billy Brown rip off his shirt to show off his impeccable pecs and rippling abs never gets old. It’s just what we need to break up all the drama on the show that always keeps us on our toes.

The eyes say it all

We can’t help but get swept up in Billy Brown’s stare when he’s pondering precisely what Annalise and her gang of misfits are up to at any given time. It would be hard to lie with those big brown eyes piercing through our soul.

Billy Brown says he enjoys playing complex character and his role as Nate in HTGAWM certainly fits the bill. We’ve seen him as Annalise’s dedicated side piece, a scorned lover, and an angst-ridden son, proving there’s more to this character than his mesmerizing muscles.

White hat in a white tee?

Sometimes, it’s hard to know whether or not Nate is using his powers for good or evil and his complex relationship with Annalise Keating (Viola Davis) always keeps us guessing. Even in a plain white T-shirt, this guy looks like a whole snack and makes anything look good.

As if his breathtaking body isn’t enough of a reason to drool, Nate is always serving up some sexy moves. We’re still recovering from watching him give Annalise a foot massage that would make any woman wild.