SNEAK PEEK: Viola Davis in ‘How To Get Away With Murder’ Season 5 trailer 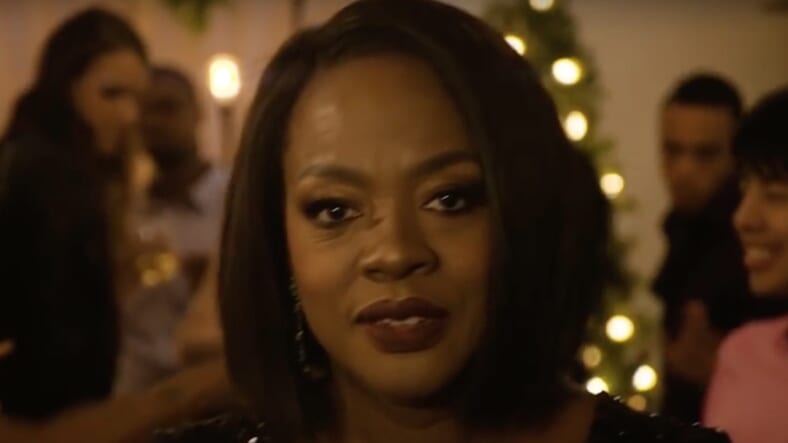 It’s almost time for Viola Davis to return to the small screen for the fifth season of How To Get Away With  Murder and if the trailer is any indication, fans are in for another wild ride.

The Shondaland series remains at ABC even though Shonda Rhimes has made a move to Netflix and we can’t wait to see what’s in store for Annalise Keating and her band of brainy misfits now that school is back in session.

Just when we think this crew must be out of insane antics, murders, and cover ups, it looks like they’re gearing up for one of the biggest and bloodiest battles yet.

Viola Davis: ‘I blew my back out’ during sex scene on HTGAWM

In the first official trailer for season 5, we see Annalise returning to her teaching post at Middleton with a whole new batch of third year students to terrify. Connor and Oliver are happily in love and finally tying the knot. At their wedding, everyone is having a blast shaking it on the dance floor until Frank shows up looking like something has gone horribly wrong. (No Surprise there.)

“Why do you look like someone just died?” asks Annalise before we see flashes of blood-stained snow and tears from Bonnie.

We can’t imagine who’s dead now, but we are looking forward to finding out and enjoying plenty of eye candy thanks to the show’s newest addition, Gabriel Maddox (Rome Flynn) who already looks like he’s going to be a problem.

We see glimpses of other characters going through some serious emotions with no indication of what’s to blame for their stressed out expressions.

How To Get Away With Murder returns to ABC on September 27 at 10/9c.