The actor is lucky his son wasn't harmed. 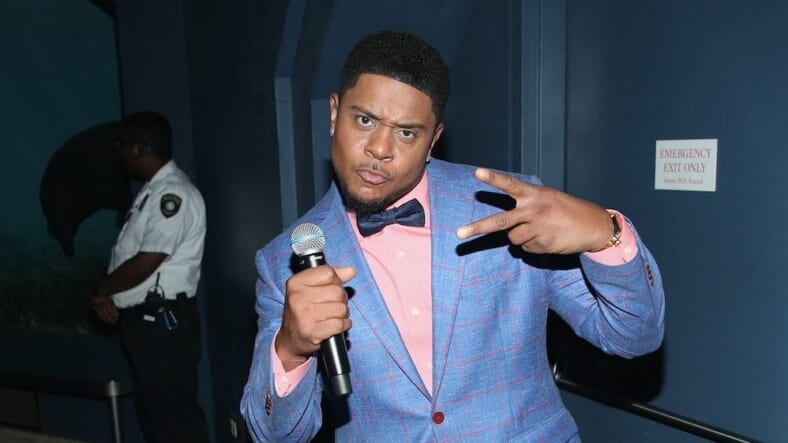 Pooch Hall is in hot water.

The actor was arrested on Wednesday night and charged with a DUI and child endangerment after getting into a car accident while his 2-year-old was behind the wheel.

The shocking incident occurred in Burbank around 7:30 p.m. and we still can’t believe the details. According to reports, witnesses saw Hall’s 2-year-old son steering the car from his dad’s lap while the car weaved in and out of traffic. The vehicle eventually hit a parked car and thankfully, no one was injured.

Police noted there was a car seat laying in the backseat of the car but it was not installed.

“Mr. Hall displayed obvious signs of alcohol intoxication and was unable to perform standardized field sobriety tests,” a spokesperson told PEOPLE. “Mr. Hall’s two-year-old son was riding in the car with him at the time of the collision and was determined to have been riding in the vehicle unrestrained, as required by law.”

According to TMZ, police confirmed they smelled alcohol when they arrived on the scene and Hall’s blood alcohol level was .25, more than three times the legal limit.

Pooch Hall is currently being held in the Burbank City Jail and his bail has been set at $100,000. He’s due in court on Friday. His son was released to his wife on Wednesday night.

‘The Game’ looks to rebound with the exit of Tia Mowry, Pooch Hall

The actor has starred in the hit Showtime series, Ray Donovan, since 2013 and previously starred on The Game.

Let’s pray Pooch Hall learned his lesson and hope that the actor gets serious about sobriety. This accident could have ended much more tragically and risking his own son’s life is no laughing matter.