“You do not want anyone else determining the course of your future.” 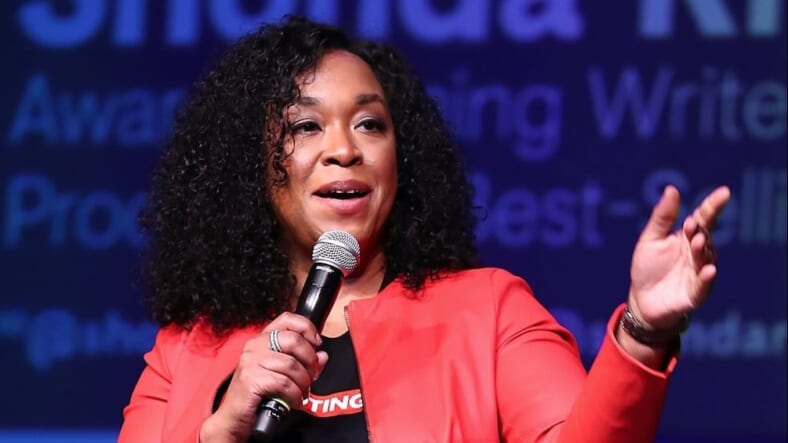 Shonda Rhimes wants young women to not only vote but to use their voices to affect change.

Speaking to an excited crowd of nearly 10,000 young women at the LA Promise Fund’s Girls Build Leadership Summit, an event focused on voter registration and voter turnout ahead of the mid-term elections on Friday, Rhimes shared her own experiences as a modern-day storyteller and how she’s used her platform in recent years to not only increase voter awareness but to champion important causes.

“We should all be gathering around the same campfire as one community to do the thing that matters for the future of this country which is vote,” she said.

With the event taking place as the Brett Kavanaugh‘s Supreme Court confirmation hearings continue in Washington, event host Rhyon Brown (Empire) touched upon not only voting but the bravery of Dr. Christine Blasey Ford telling her story before Senate committee and her hopes that other victims will feel empowered to speak out sooner.

“It’s no longer a secret how much turmoil our country is going through and so Dr. Ford stepping up with the amount of bravery she had, I think it’s going to now empower women to not wait until they are Dr. Ford’s age to say something,” she said. “But when something happens to them, not being in fear and not thinking ‘what are people going to think if I speak on something as grave as this.”

Shondaland 2.0: Here are 8 shows Shonda Rhimes is bringing to Netflix

Closing out with a bang, organizers announced that the events voter registration drive, and pre-register efforts for students at least 16 years old, yielded 500 new enrollees in its first hour.

Girls Build Leadership Summit, presented by the LA Promise Fund in partnership with Michelle Obama’s When We All Vote, was hosted by Rhyon Brown of FOX’s Empire and included words of inspiration from recent Marjory Stoneman Douglas grad Delaney Tarr and Stoneman Douglas senior Kyrah Simon; and capped off by a performance by singer Daya.

Check out the clip of her speech: