Cress Williams on being “blown away” by ‘Black Lightning’ role: “I’m extremely proud”

"It was like God said 'I’m gonna give you your bread, butter it, put jelly on it, a side of coffee'…all of it." 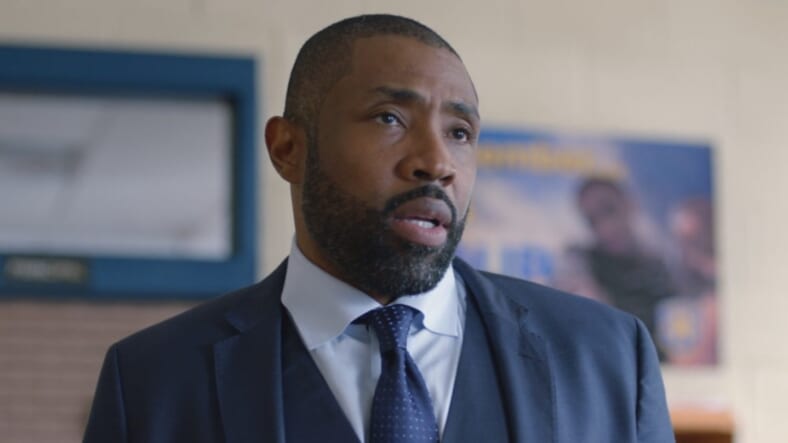 The best superhero show on television returns tonight with the season 2 premiere of Black Lightning. The CW series that stars Cress Williams and is helmed by Salim Akil is bringing it big time in its second season. We caught up with the man who stars as Jefferson Pierce/ Black Lightning, a high school principal who moonlights as a crime-fighting, community guarding superhero and has recently learned he passed his powers down to the two daughters he shares with his stunning ex-wife.

“The premiere can’t get here soon enough. I don’t want to watch it early because I want it to be fun and surprising. I don’t know what the music is or what the special effects look like,” Cress Williams told TheGrio along with a handful of other reporters at an exclusive set visit in Atlanta.

5 Reasons ‘Black Lightning’ is EXACTLY what we need right now

We wanted to know how Williams manages to masterfully represent such a complex character so effortlessly.

“What is great in our show is that we are allowed to humanize these characters and the writers are very trusting. The journey of a show starts out with Salim [Akil]. He creates the world so he knows it better than everybody and knows the characters better than anybody. The minute he starts to hand them off, eventually we start to know our characters better than he does because we are hyper-focused. We come in knowing what our voices are,” he said before explaining how he executes the role of a father so well.

“We all have family and we are playing it all out. It’s a parent with a 20-something year old who is still living under his roof. That tension of her stepping into her own and making her own mistakes…how does a parent speak to that when the child is an adult? I love that because it’s truthful about what goes on with families. It’s messy. His first priority is always his family Then the school and the community. It is like real life because he just has so much going on but it is real. We all have family and a career and community and the world. If you have crisis in your family, none of the there stuff pauses, it just keeps going.”

Cress Williams has had tons of big roles in his career including time on the beloved nineties series Living Single. He will be rejoined with his costar from that show, Erika Alexander, on Black Lightning this season, but he says no other roles compare to his current gig.

“I was extremely honored, grateful, blown away to have this happen to me and to happen in this way. It started off for me as a little kid bucket list thing of ‘I want to play a superhero’. To see the journey of wanting Luke Cage (that didn’t come my way) then Black Panther kind of went away. I kind of went through my own hero’s journey of thinking ‘maybe this isn’t going to happen for me,’” he admits.

“Then Black Lightning came. It was like God said ‘I’m gonna give you your bread, butter it, put jelly on it, a side of coffee’…all of it. I’m extremely grateful…I was so proud of this representation. This little kid comes up to me and recognizes me as a super hero, a principal, a family man…I was just overwhelmed with the goodness and that I get to represent that. I’m extremely proud. This is one of the things that I really want people to watch.”