President Emmerson Mnangagwa is the nation's first president in 38 years, but he is left with a load of immeasurable domestic problems stemming from the country's poor fiscal status 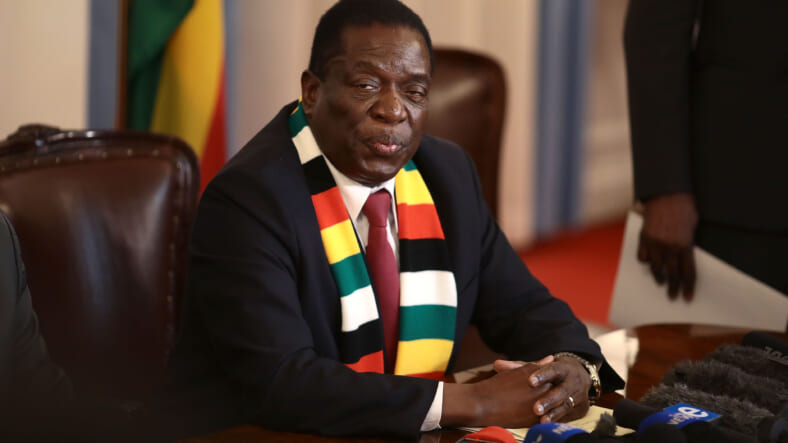 A financial crisis in Zimbabwe is setting off fears that basic necessities like food, medicine and fuel are running out and that the daily shortages are causing price hikes.

Yesterday, trade union leaders and activists took to the streets to protest, violating a police ban on public gatherings in Harare due to a recent cholera outbreak. Among those detained were Peter Mutasa, president of the Zimbabwe Congress of Trade Unions (ZCTU) – the largest trade union in Zimbabwe — and activists from three major towns.

The national strike was precipitated by worsening economic conditions in Zimbabwe that include price hikes, a new 2 percent tax on electronic transactions and daily food and fuel shortages, according to TimesLive. Shops are struggling to keep shelves stocked, medicine is running out and there are daily long lines outside of gas stations, reports African News Network. Further, the local bond note currency is in freefall.

President Emmerson Mnangagwa, who took power last year after Robert Mugabe was ousted by the military, has vowed to ensure essential daily goods are available, according to African News Network. Many blame Mnangagwa for Zimbabwe’s conditions and think Mugabe would have handled the situation better. Others say Mugabe is the one who set this chain in motion.

“With these few days in power‚ what kind of miracle can be done to turn around the economy when we had 38 years of waste under Mugabe? Why can’t people give it time? Why not allow [Mnangagwa] to go a while and look at things positively‚ than to continue the political onslaught against Zanu PF and [Mnangagwa] when he has done nothing?” Douglas Mahiya, Zimbabwe National Liberation War Veterans’ Association spokesman told TimesLive.

In 2003‚ when Zimbabwe was faced with a fuel crisis‚ Mugabe relied on help from slain Libyan ruler Colonel Muammar Gaddafi. Conversely, Mnangagwa relies on his world renowned economist‚ finance minister Mthuli Ncube to make economically sound decisions. One of those decisions, to place a 2 percent tax on electronic transactions, angered ZCTU who say the tax places additional hardship on the poor.