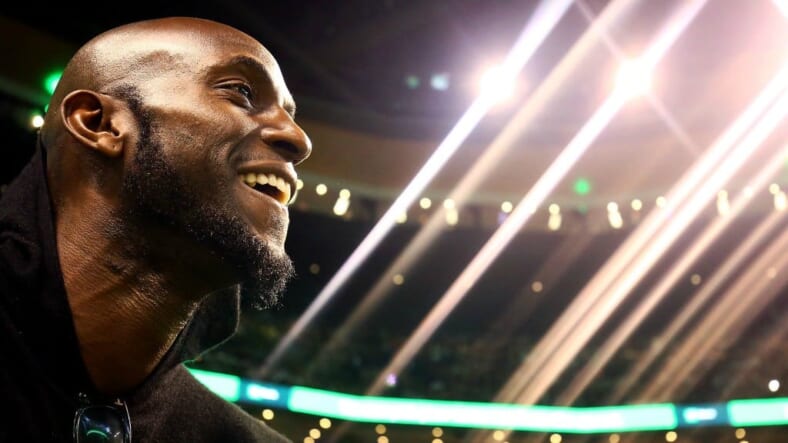 Kevin Garnett didn’t hold back in an interview with The Athletic’s Jon Krawczynski about the recent Jimmy Butler and Timberwolves drama.

In case you missed it, Butler has made it clear that he wants out of Minnesota, but coach and team president Tom Thibodeau reportedly ain’t having it. This seems to have clearly caused Butler a great deal of frustration.

The four-time NBA All-Star met with Thibodeau earlier this week and “reiterated his desire to traded,” according to The Athletic. ESPN’s Adrian Wojnarowski noted that Butler reported to practice on Wednesday and verbally challenged the players, executives and the coaches.

“Butler was vociferous and emotional at times, targeting Thibodeau/Layden/Towns/Wiggins,” Wojnarowski posted on Twitter.

Adding in a follow-up tweet: “At one point in a scrimmage, sources said, Butler turned to GM Scott Layden and screamed, “You (bleeping) need me. You can’t win without me.” Butler left teammates and coaches largely speechless.”

At one point in a scrimmage, sources said, Butler turned to GM Scott Layden and screamed, “You (bleeping) need me. You can’t win without me.” Butler left teammates and coaches largely speechless. He dominated the gym in every way. Jimmy’s back.

Meanwhile, Garnett described the saga as a “sh*t storm.”

“I’m just hoping they can get through this rough patch and everybody can get on the same patch and figure it out. It’s a sh*t storm up there,” Garnett said.

READ MORE: Prince estate shuts down use of his music by Trump team at rallies

Garnett sees that he wants out but doesn’t think “Jimmy has enough clout” to force the issue.

Wojnarowski believes Butler’s outburst on Wednesday was an attempt to force team owner Glen Taylor to trade him.

“I think both sides are a little delusional,” Garnett said. “I think Jimmy thinks his worth is a little more than what it is. He’s a very good player. I don’t see him on the (Kevin Durant) and LeBron level. But if they are A-plus, he’s definitely A, A-minus.