OPINION: It’s time for leaders of America’s top tech companies to make diversity a priority and not just a promise 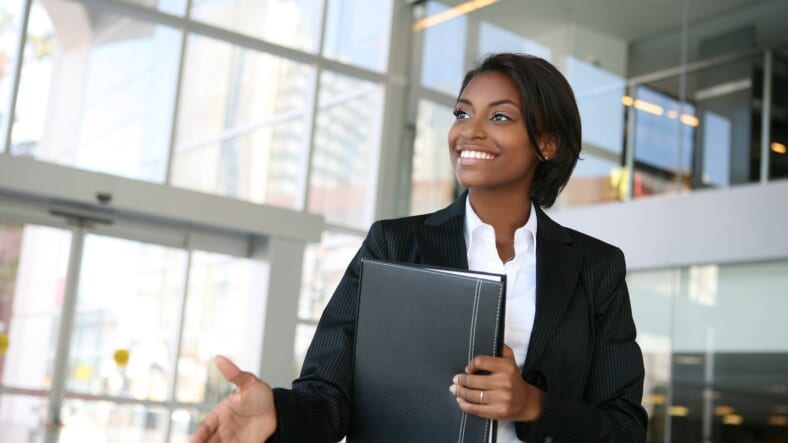 YouTube’s diversity hiring practices have been questioned in the past. (Courtesy of Fotolia).

Choices. We all have them. Whether we act or whether we choose not to act, ultimately it all boils down to making a choice.

Every year the nation’s top tech companies release their diversity statistics and, taken as an industry, they are pretty abysmal. The acknowledged growth engine in our economy cannot seem to find a way to successfully create a diverse workforce. Put another way, ‘If you keep doing what you’ve been doing, then you’ll keep getting what you got.’

Rather than chiding companies for failing to make real progress, or the other option, waiting for four-year-olds to be trained as engineers, I choose to highlight tried-and-true methods that actually work for creating lasting and significant industry-wide diversity. Many tech companies have joined the fad of making pledges and offering up promises to do better, but the statistics year over year just prove that they are only getting better at making promises. Let’s see what happens if we use strategery, the action version of strategy, to address the industry’s lack of diversity.

First, create a realistic plan. Diversity goals, by definition, cannot be realized overnight. This is a top-down activity where the C-suite must outline goals and be actively on board. These targets should be tracked and measured on a quarterly basis to ensure that the plan provides results rather than mere aspiration.

More than a decade ago, when I served as Chair of the American Lung Association’s Diversity Committee, we set a simple goal of just starting from where we were at the time and then building out from that point. Our goal was to do the doable.

You could actually feel the tension in the diversity meetings, because people were afraid that I would come in and suggest either (a) that we would only hire people of color, or (b) we would get rid of non-diverse employees. The reaction to this effort changed dramatically when people “discovered” that we could advance diversity through new hires, attrition, and retirement. The really amazing thing is that the Committee adopted the goals and ran with them. It didn’t change the numbers overnight, but we did move the needle in a positive and lasting way.

Tech companies don’t just hire engineers and Chief Diversity Officers. They hire CEOs, lawyers, accountants, public policy, marketing and other professionals. Believe it or not, qualified diverse candidates also exist in these areas. These companies have no problems finding customers of color and generating revenue from those customers, so they clearly know how and where to find diversity. Failure to act on this knowledge can only be attributed to choice.

Second, as a former General Counsel of the National Association for the Advancement of Colored People, I had the opportunity to work work on improving diversity in various industries. From personal experience and direct follow-up, one tool consistently gets results: linking executive compensation to diversity goals. When people are rewarded for reaching organizational goals, they meet those goals. If you want to reinforce any behavior, all you need to do is reward it. This leads to thinking out of the box by people who value effectiveness.

What has really stood out for me with this approach is that, when executives own the steps to create diversity, they stop viewing it as a mandatory imposition. Instead, diversity becomes part and parcel of reaching the company’s goals, as well as their personal professional achievements. It leads to thinking out of the box by people who value effectiveness.

This is how to change culture: We value diversity because we value new, smart people who may not look like us, but who are committed to improving the business. I once told a tech executive that his CEO appeared unprepared for Congressional testimony. He looked puzzled, and I told him that as a woman—especially a Black woman—I have to be ready for the toughest questions imaginable. I presume this same standard for everyone and would have thoroughly prepared any CEO for a potential grilling before he or she stepped foot before Congress. This is just a small example of what diverse thinking can offer any team.

Finally, when you bring in new people with no plan to retain them, then you can anticipate that they will leave, voluntarily. The data reveals that many companies experience a slide in their diversity. When new hires leave, a cycle of one step forward, two steps back is experienced. Retention is cheaper than searching for the next great hire. Investing in talent is its own reward. According to the 2017 Tech Leavers Study conducted by the Kapor Center for Social Impact, turnover in tech is a $16 billion-dollar-a-year problem. You don’t need an engineering degree to fix this.

The failure to implement a real strategy to diversify the tech workforce is the equivalent of saying the company doesn’t have the will to reach this goal. Imagine if a major American car company comes to your city, fails to hire a diverse workforce, and year after year, just keeps putting out the same numbers.  Or imagine if one of the richest companies in the nation sets benchmarks for productivity and continuously fails to meet those distinct and measurable goals. As they say, a lot of heads would roll. Each of these examples illustrates how empty it sounds when companies continue to use hollow excuses for their diversity failures.

The failure to implement a real strategy to diversify the tech workforce is the equivalent of saying tech companies do not have the will to reach this goal. Action, and especially inaction, is always a choice. It’s time for the leaders at America’s top tech companies to apply strategery and take the necessary measures to fix their diversity disaster once and for all.

Kim Keenan is Co-Chair of the DC-based Internet Innovation Alliance. She is the former President and CEO of Multicultural Media, Telecom & Internet Council, and was the longest serving female General Counsel of the National Association for the Advancement of Colored People. Follow her on Twitter @iamkimkeenan.