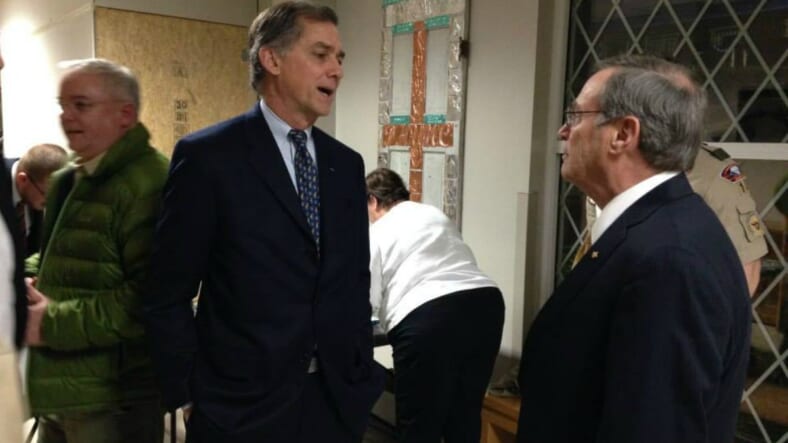 A radio ad backing a white Arkansas congressman is targeting black voters with a stereotypical characterization of two black women speaking in slang against Democrats while suggesting that they need to support Republicans or risk getting lynched, NBC News reports.

The advertisement is paid for by the Black Americans for the President’s Agenda political action committee. It takes on the sexual assault allegations leveled against U.S. Supreme Court Justice Brett Kavanaugh and uses the scenario as a scare tactic. The women in the ad propose that black men will suffer much worse than Kavanaugh did while on trial because they allege Democrats are trying to change the presumption of innocence.

“Honey I always told my son, don’t be messing around with that,” one woman in the ad says, referring to white women. “If you get caught, she will cry rape.”

The ad concludes with the two women proclaiming that they will vote for U.S. Rep. French Hill and the Republicans to protect “our men and boys” from white Democrats, who they say will return to the days of “race verdicts” and lynchings when a “white girl screams rape.”

Vernon Robinson, the treasurer of Black Americans for the President’s Agenda, told NBC News on Thursday he doesn’t see an issue with the ad.

“Anytime the left is upset with my ads, it means they don’t have the time to attack Republican campaign managers, to run Republicans out of restaurants,” Johnson said.

Although the ad supports Hill, he released a statement denouncing it.

“I condemn this outrageous ad in the strongest terms,” Hill said in a statement. “There’s no place in Arkansas for this nonsense.”

Hill’s Democratic opponent, Clarke Tucker, tweeted Thursday that the incumbent “will have to live with the kind of campaign they’re running.

“This radio ad is disgraceful & has no place in our society,” Tucker tweeted. “We won’t let these shameful tactics distract us from our fight to stand up for the people in #AR02 on the critical issues in our lives.”