"I felt humiliated because of the way she was acting," Jeremiah Harvey told 'Good Morning America' about the incident with Teresa Klein. 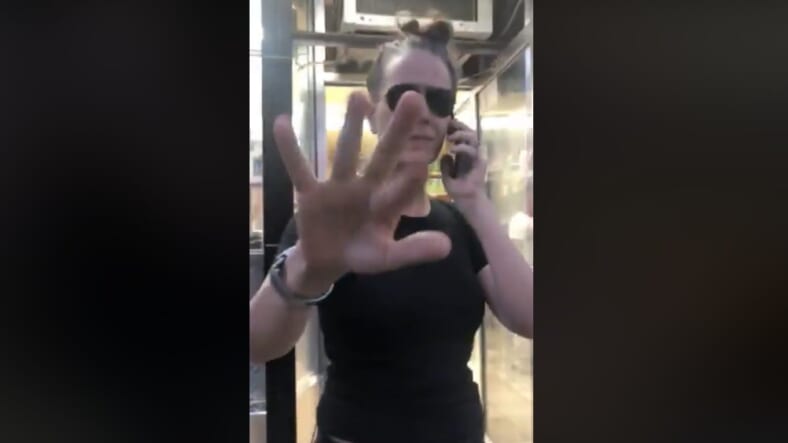 Cornerstore Caroline is perpetuating the concept where liberals have started using the term, "white women" as a slur. (Facebook)

The 9-year-old Black boy who was accused of sexual assault by a white woman, dubbed “Cornerstore Caroline,” in New York, is now trying to cope with the trauma of the humiliating incident.

“It’s still hard because lately on my mind, like, I can’t think nothing but this,” Jeremiah Harvey told Good Morning America in an interview that aired Friday morning about the incident involving Teresa Klein, the woman’s real name. “I felt humiliated because of the way she was acting. I started to tear up.”

Nine-year-old Jeremiah Harvey says he was traumatized after a white woman wrongly accused him of sexually assaulting her in a convenience store. "I was humiliated," he tells @GMA. https://t.co/tNaxkdtmq8 pic.twitter.com/glzazD44NO

Harvey’s case gained national attention earlier this month when viral video captured the moment he walked out of a Brooklyn store unaware that his backpack grazed against Klein, who was leaning against the counter with her back turned. She then accused the little boy of groping her and called police.

“I want the cops here right now!” Klein is heard saying in the video. “I was sexually assaulted by a child!”

After watching the clip, Klein apologized and claimed she only called police because Harvey’s mom, Someko Bellille, “was very aggressive” and had threatened her.

Harvey and his mother both said they forgive Cornerstore Caroline but Bellille told GMA, “This is going to take some time. It’s going to take a lot of healing. His innocence was taken for granted.”

And while Klein has also denied allegations that her 911 call was racially motivated, Bellille recalled Friday: “She’s on the phone and she’s saying that I’m a white woman, that I’m standing in front of this deli … stating that this black mom and her two black kids are out here and that the son sexually assaulted me. She said, ‘black child, black mother and white woman.”

Many across social media agree that… “This young king, Jeremiah Harvey, could be dead today. That’s how dire it is when White people call the police on Black people for trivial things and false accusations. In 2018 America, you’re putting a life on the line,” wrote Bernice King on Twitter.

“To be having a conversation with your son about sexual assault at the age of 9 — I never thought I’d be having this conversation,” Bellille said. “It was devastating for him because even after walking away he was pointing to, you know, patrol cars on Flatbush Avenue and saying, ‘Mommy, are they here to take you away from us?'”

Harvey said he cried that night out of fear that he or his mom would be hauled away by police. When the family spoke out for the first time last week during a community meeting in Brooklyn, he tearful explained why he couldn’t forgive Klein. Days later, after viewing her on-camera apology, the sweet kid had a change of heart.

Harvey said, “friendship is the key” on how he will move forward. “It changed my whole mind of accepting the apology that she gave me.”