“The fact is, while she apologized to the staff, she owes a bigger apology to folks of color around the country because this is our history,” Al Roker said on the 'Today' show. 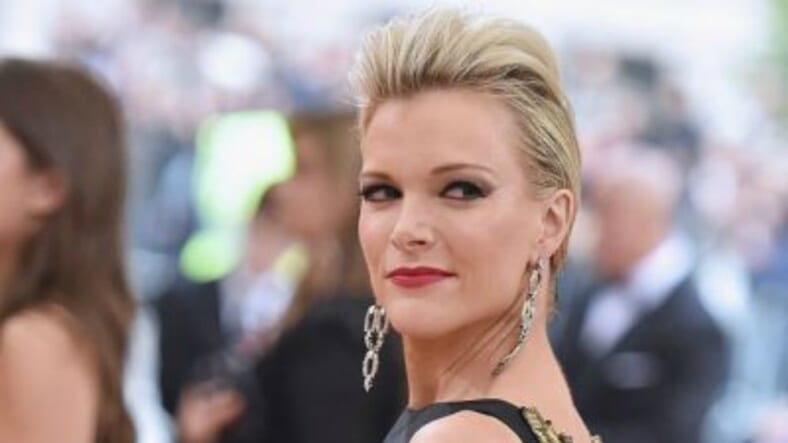 Tuesday morning, the NBC daytime host surprised and disappointed many of her her viewers after she questioned whether the use of blackface on Halloween was really racist or not.

“Back when I was a kid, that was OK, as long as you were dressing up as like a character,” Kelly told her mortified panelists Jenna Bush Hager, Jacob Soboroff and Melissa Rivers.

READ MORE: Why Trump’s dangerous brand of nationalism is actually xenophobia in disguise

After being dragged on the internet all day, Kelly apologized in a statement saying, “I’ve never been a ‘pc’ kind of person—but I understand that we do need to be more sensitive in this day and age. Particularly on race and ethnicity issues which, far from being healed, have been exacerbated in our politics over the past year.”

But some of her Black NBC colleagues didn’t necessarily buy it, particularly Lester Holt and Al Roker—arguably two of the nicest men in broadcasting. Indeed, even nice guys have a limit on turning the other cheek when it comes to racism in today’s environment.

On Tuesday night’s installment of NBC Nightly News, Holt covered the controversy, showing Kelly’s comments and her apology, but also brought up criticism from author and TV personality Padma Lakshmi.

“This isn’t the first time Kelly has come under fire for comments about race,” Holt said before playing a clip of her making offensive statements during her tenure at Fox News.

The shade was subtle and classy, but still noted by viewers and the press.

At least six people of color have discussed Megyn Kelly's blackface comments on NBC:
-Lester Holt last night on NBC Nightly News
-Morgan Radford, who did a package on it
-Al Roker and Craig Melvin on TODAY
-Roland Martin and Amy Holmes, who discussed it with Kelly today

Then the following morning, Roker took his turn when the Today show covered the incident. He called on Kelly to make a second draft of her apology to include viewers.

“The fact is, while she apologized to the staff, she owes a bigger apology to folks of color around the country because this is our history.”

Craig Melvin agreed, calling it “silly” and “disingenuous” to dismiss the matter as a moment of rampant political correctness. Even though he admitted that Kelly is a friend, he couldn’t deny “she said something stupid. She said something indefensible.”

“And the fact is a lot of folks don’t realize that Jim Crow, short hand for the racist laws that existed in this country for much of the last century, especially in the deep south, the term Jim Crow came from a minstrel show in the 1830s,” Melvin explained. “It was an opportunity for us to learn more about blackface, but I think a lot of people knew about blackface before yesterday.”

You know it’s bad when your coworkers and even your friends give you the, “Nah sis, try again” treatment.

Al Roker on Megyn Kelly’s blackface apology: “While she apologized to the staff, she owes a bigger apology to folks of color around the country because this is a history going back to the 1830s. Minstrel shows to demean and denigrate a race wasn’t right.” pic.twitter.com/nt7YhCRU18

Megyn Kelly was racist on Fox News and rewarded with her own show on NBC. Now people are surprised she has racist takes about Blackface?

She is who she has always been and she will become richer as the media rewards this trash. But people with true talent don’t receive a shot. pic.twitter.com/FXdB9WRFwn