“Today” alumni did not hold back about NBC’s Megyn Kelly's recent comments about blackface. 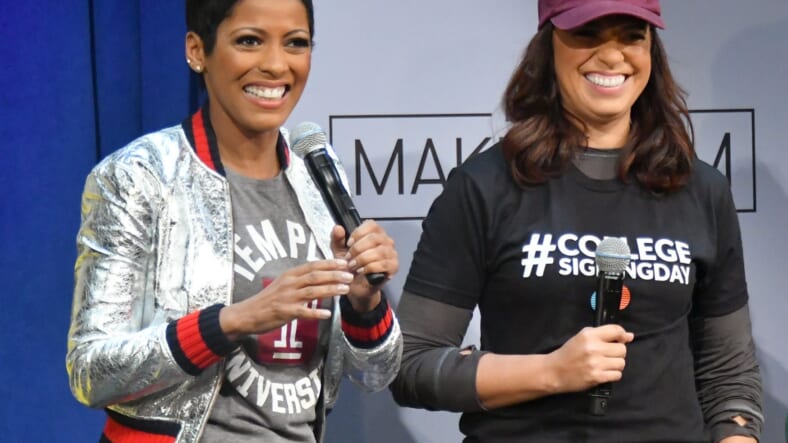 Black NBC alumni are seeming quite pleased with life since the network’s cancellation of Megyn Kelly Today this week after Kelly’s comments that blackface Halloween costumes are acceptable.

The undercurrent to all the tweets and social media photos of smiling Black journalists is that NBC got rid of Today’s Take, the show hosted by Black journalists Tamron Hall and Al Roker, to make room for Kelly’s show a year ago. Immediately after that decision was announced, Hall quit the network, prompting waves of support for Hall from Black Twitter and from the public.

On Friday, Hall presented Soledad O’Brien with the Community Champion Award at Harlem United, a non-profit health organization. O’Brien decided to have some fun with her acceptance speech and alluded to Hall’s upcoming show with ABC, Page Six reported.

“Tamron, you have a new talk show coming – congrats for that,” O’Brien said. “But didn’t you used to do a show … the ‘Today’ show, right? And how were those ratings?”

Hall’s ratings were higher than Kelly’s, according to Page Six.

“And your feelings on blackface? Yes or no?” prompting an avalanche of laughter and applause.

As for Hall, she only chuckled from the sidelines, Page Six reported.

Hall also was seemingly coy about her Thursday night post on Twitter with former “Today’s Take” co-host Roker, who has a singing roll in Broadway’s Waitress musical.

A source told Page Six that her smiles had nothing to do with Kelly’s future.

“Smiling ear to ear tonight after seeing @AlRoker light up the stage in @WaitressMusical!” Hall posted. “Bravo to the entire cast. What a show and yes Mr. Roker sings!!!! True #icon. Blessed to know you sir.”

Smiling ear to ear tonight after seeing @alroker light up the stage in @waitressmusical !! Bravo to the entire cast. What a show and yes Mr. Roker sings!!!!! True #icon. Blessed to know you sir.

Kelly, formerly of Fox News, has made a number of race-related missteps. In 2013, she insisted that Santa Claus and Jesus Christ are white.