Nene Leakes asked fans to pray for her costar. 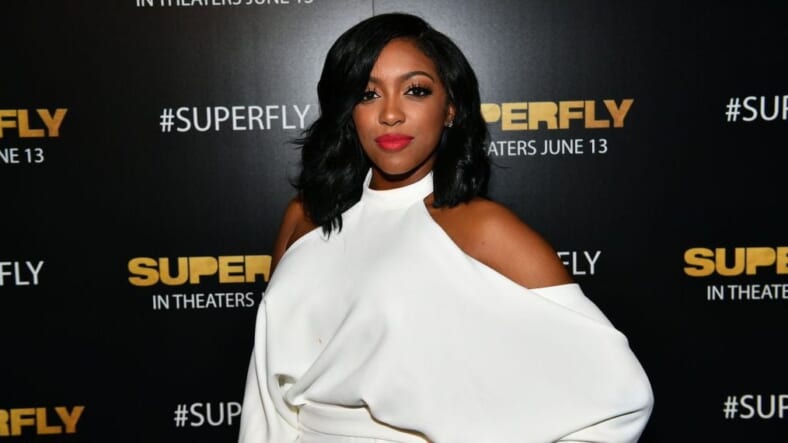 While the other stars of Real Housewives of Atlanta were gearing up for the show’s season 11 premiere, Porsha Williams was in the hospital.

The pregnant reality star who is expecting her first child with fiancee, Dennis McKinley, was reportedly admitted to the hospital on Sunday after experiencing “extreme pain” from fibroid complications.

Porsha Williams has been open about her struggle with fibroids in the past and even underwent surgery to remove some prior to becoming pregnant. Recently, Porsha revealed that she will be having a girl and is reportedly due in a couple of months.

Nene Leakes posted a photo of what seems to be Porsha’s hand hooked up town IV on Sunday. “Send some prayers and good vibes to our Tink Tink @porsha4real today,” she wrote, along with the hashtags, “#goodvibesonly #babyPJisdoingfine#aunteenene #babyboom #RHOA11”

It seems Nene and Porsha are closer than ever and she revealed that she has been a big part of Porsha’s pregnancy journey during a recent interview with Us Weekly.

“Porsha tells me first, you know, of everybody. And we flip out! It is so hilarious when she tells me, we start pretending like we were pushing and giving birth, and just everything. It is hilarious,” she said. “I’m super happy for Porsha. You know, I couldn’t be more happy for her. This is going to change her life, as I’ve told her many times, you know, this season. Gonna change her life, it’s gonna be very different, and she needs this in her life. She needs this kind of stability, and I think this is gonna make her a whole different person.”

She also explained how close they have become.

“Porsha lives right around the corner from me. I can walk to her house, we live in the same neighborhood. My relationship with Porsha is like it always has been, big sister, little sister,” she told Us. “You know, I reprimand her when I need to, you know, we are still sisters. So, we always have that relationship, where it’s always a good, nice little roller coaster.”

Oddly enough, Nene didn’t have any congratulatory posts for her former costar, Kenya Moore, who gave birth to her daughter, Brooklyn Doris, on Sunday morning.