After complications, she gave birth Sunday at 9:39 a.m. to Brooklyn Doris Daly, who weighed in at 5 pounds, 12 ounces. 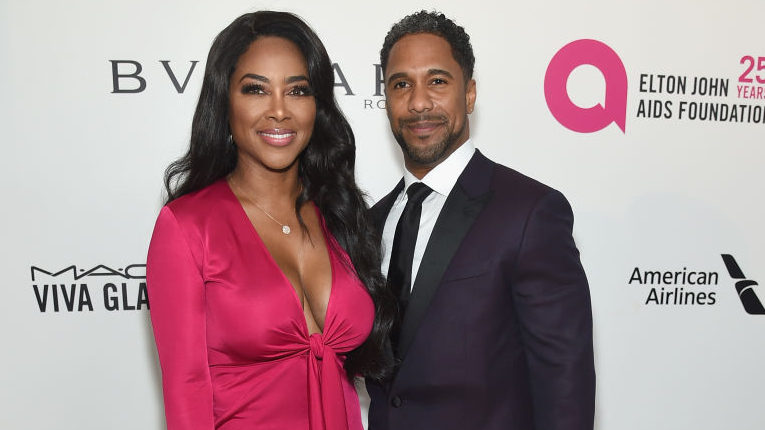 Kenya Moore of Real Housewives of Atlanta fame, and her husband, Marc Daly, on Sunday at 9:39 a.m. ET welcomed their daughter, Brooklyn Doris Daly, according to an exclusive interview with People magazine.

Moore, 47, is reportedly doing well after giving birth to the baby girl who weighed in at 5 lbs. and 12 oz. It’s the first child for Moore and Daly. They chose their daughter’s name for sentimental reasons.

“Brooklyn because that’s where we met and fell in love, and Doris after my grandmother who passed away last year and who raised me,” Moore told PEOPLE.

The birth represented a fairytale ending, but not one without a few scares for Moore and Daly.

Moore gained 17 pounds of pregnancy weight in one week, which she unveiled in an Instagram post and said could be the result of a condition called preeclampsia. The extra weight, brought on by severe swelling and water retention, high blood pressure and extra protein in her urine, likely caused her to give birth a bit sooner than her original due date.

Moore, who is a former Miss USA, said she had undergone tests and the results came back as possible preeclampsia. The condition typically develops suddenly in women who previously had normal blood pressure after the 20-week pregnancy mark, according to the Mayo Clinic. In addition to sudden weight gain and swelling, preeclampsia symptoms could include severe headaches, shortness of breath, nausea, upper abdominal pain, blurred vision, impaired liver and kidney function and decreased urine output.

Left untreated, preeclampsia can be fatal, according to the Mayo Clinic.

The best form of treatment for preeclampsia is an early delivery, which Moore said last week on the Instagram post, she would consider. “I took more tests,” she said. “Baby is fine but if they come back higher #babydaly will have to come same day.”

The medium told Kenya last year she had a higher purpose and look at her now! Prayers up to #KenyaMoore and the pending delivery of her baby! You don't like her fine, but please stop with the "she's not really pregnant" BS! She was on #RHOA a reality show. It's not that serious. pic.twitter.com/Psr6UHTWgA

And on Saturday, Moore let fans on Instagram know that her baby was on the way. “If you want to make God laugh have a plan…” she captioning a shot of her laying her hospital bed. “Won’t be long now. Pray for us ? #babydaly #weloveyou #prayers.”

Moore chose not to return to the series, which premieres this month, a disappointment for RHOA fans who have rooted her on and were hoping to continue following her journey. On the show, Moore often spoke about her desire to be a mom.

“I’ve waited 47 years for this moment,” Moore, who conceived through in vitro fertilization, told PEOPLE at the time. “I didn’t really want to announce it too soon because I feel it’s very early on in our pregnancy. But I have suffered so much in my life when it comes to wanting a family around me. So this is the day I’ve been waiting for my entire life. It’s a dream come true.”