Rihanna vows her music won’t be played at Trump rallies 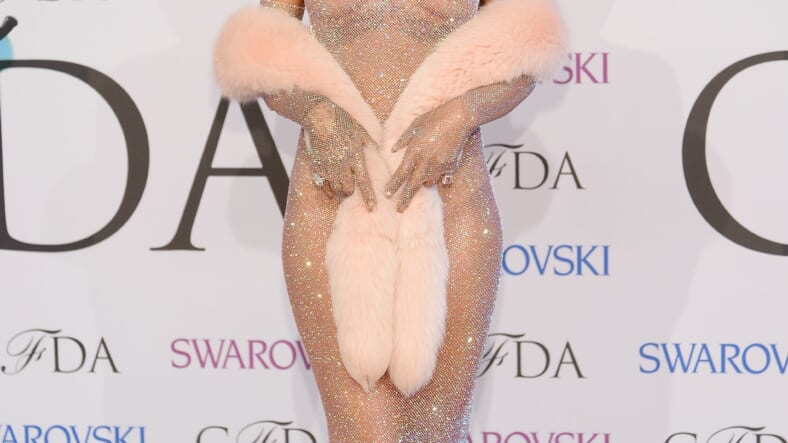 Superstar singer Rihanna is not here for President Trump’s nonsense and vowed to shut down the playing of her hit songs at his “tragic rallies,” The Hill reports.

On Sunday night, Trump blasted the singer’s “Please Don’t Stop the Music” at a rally in Tallahassee, stumping for Republicans.

Washington Post correspondent Philip Rucker alerted Rih Rih online about the fact that the song was being played and Trump’s supporters were throwing free tees into the crowd. The music mogul and beauty maven quickly took up the issue and declared “Not for much longer,” that her music would be played at Trump’s divisive rallies.

“Me nor my people would ever be at or around one of those tragic rallies, so thanks for the heads up Philip!”

Not for much longer…me nor my people would ever be at or around one of those tragic rallies, so thanks for the heads up philip! https://t.co/dRgRi06GrJ

Rihanna is a staunch supporter of Tallahassee mayor Andrew Gillum and endorsed him earlier Sunday.

Trump is getting a lot of pushback from music artists who have opposed the playing of their tunes at his political rallies. Recently Pharrell Williams sent a cease and desist to the Trump team when he played his hit Happy at a Pittsburgh rally, merely hours after people were hit and killed at a synagogue. He wholeheartedly supported Democratic gubernatorial candidate Stacey Abrams in Georgia when his song was played at her Town Hall meeting last week. And even tweeted “Get it Legend” when he saw civil rights icon John Lewis jamming to the catchy tune.

On Sunday, Guns N’ Roses frontman Axl Rose also took to the Twitterverse to tear into Trump for using his songs and demand full stop.

Unfortunately, the Trump campaign is using loopholes in the various venues’ blanket performance licenses which were not intended for such craven political purposes, without the songwriters’ consent,” Rose wrote on Twitter. “Can u say “shitbags?!”

Other artists who have forbidden Trump from playing their tunes include  Aerosmith’s Steven Tyler, Twisted Sister, Elton John and members of Prince’s estate.

FLORIDA: You have the opportunity to make history this election. Let’s #bringithome. Vote @andrewgillum. And VOTE YES on Amendment 4 to restore voting rights to folks who have already paid their debt to society. VOTE on November 6th! https://t.co/ApH5hN7anc pic.twitter.com/Kpxz9XleYZ