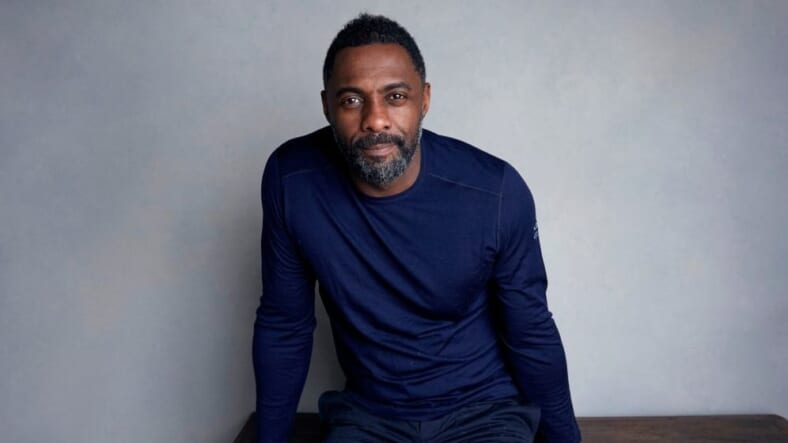 Director Idris Elba poses for a portrait to promote the film "Yardie" at the Music Lodge during the Sundance Film Festival on Sunday, Jan. 21, 2018, in Park City, Utah. (Photo by Taylor Jewell/Invision/AP)

Idris Elba fans are upset that a doll that is supposed to look like the Hollywood heartthrob, looks more like somebody’s drunk uncle than PEOPLE’s Sexiest Man Alive.

Somebody surely needs to tell the manufacturer Emperis’ that all Black folks do not think this doll looks anything like the British heartthrob.

At issue is the doll’s likeness: the “evil” eyes clearly aren’t as dreamy as Elba’s. And Elba does not have a bald head like Steve Harvey as seen on the doll, so fans want to know, what’s up with that?

Of course, Black Twitter took notice and had a field day pointing out the obvious. Some said the doll looks more like American actor and Weeds star Romany Malco,

Man when doll making goes wrong !! This is a british manufacturers @idriselba doll !?? someone needs to clock out!!! pic.twitter.com/THNAWo3FPy

Why Idris Elba doll look like the dude from 40 year old virgin pic.twitter.com/12W1HFNrbB

Even though folks are going in on the doll, the London-based manufacturer said the doll is selling out.

The firm says online: “We have been making handcrafted fine art and fashion dolls since 2010. This has allowed us to turn our passion into a business but also transformed into a special kind of art form.

“Together with sculpting skills and fashion design, it has given us an independence to express our sense of fashion and style, making us truly a powerhouse in the doll world.”

“Who’d have thought it! Thank you @people & all the fans for naming me #SexiestManAliveDon’t forget to grab your issue this weekhttps://bit.ly/2OpbsSV . I’m honoured & thankful. What’s even more important is your vote in the midterm elections. Your vote can make a difference!” he wrote.

Somebody at Emperis clearly needs to go back to the drawing board.