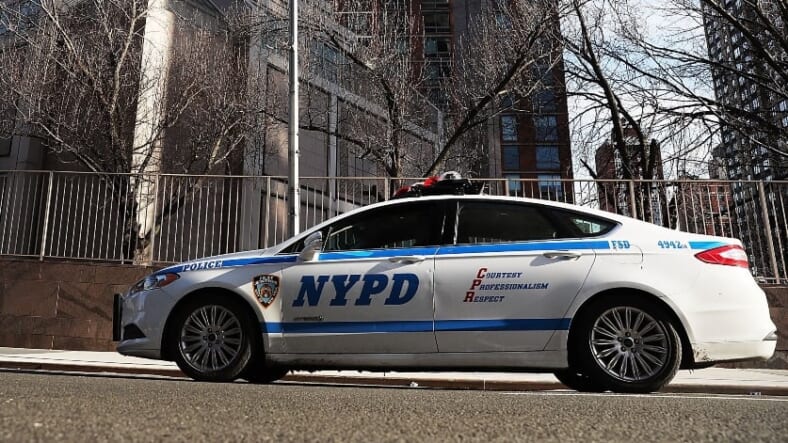 A 20-year-old Staten Island man, who was vindicated last month after claiming New York Police Department officers planted weed in his car, now says they have been harassing him in retaliation.

Lasou Kuyateh alleges that officers have been pulling him over every chance they get after he filmed an encounter with police on February 28, when he was charged with fifth-degree possession of marijuana, according to the New York Daily News. Prosecutors dismissed the case on Oct. 16, just as his Legal Aid lawyers were poised to grill officers about body-cam footage, the News reported.

Without the video, Kuyateh said he would likely still be behind bars. In the video, which he posted on Facebook, tempers ran high as police spent about six minutes searching his BMW. His lawyers also obtained police body-cam footage.

“Everything that day was legit. Nothing was dirty,” Kuyateh told the newspaper. But the officers told him they had spotted smoke coming from his car.

“As they’re walking to the car, they’re laughing,” he told the news outlet.

But he recalled losing his cool when one of the officers reappeared with a green baggie after searching the backseat of his car.

The Legal Aid Society declined to share the body-cam footage with the News, but Kuyateh said it clearly shows the officer suddenly pick up a joint from the backseat and suspiciously exclaim, “We can take him in now, right? We got something.

After the prosecutor moved to dismiss the case, Kuyateh admitted to the News that he was “so happy,” he stuck his tongue out at the prosecutor. But since February, he believes he’s become a target, and has been pulled over six or seven times. He’s even filed complaints about the harassment with the Civilian Complaint Review Board to no avail.

Kuyateh said PTSD, the result of being under constant police surveillance, has caused him to seek therapy, and just watching the footage of that day on his cell phone makes him become shaky and distressed.

“I just live in fear, traumatized, every day I’m paranoid,” he said. “I can’t sleep at night.”

He also claimed the fallout from this case nearly cost him his job.