Ten days after the midterms, she says there's no way she can win this fight. 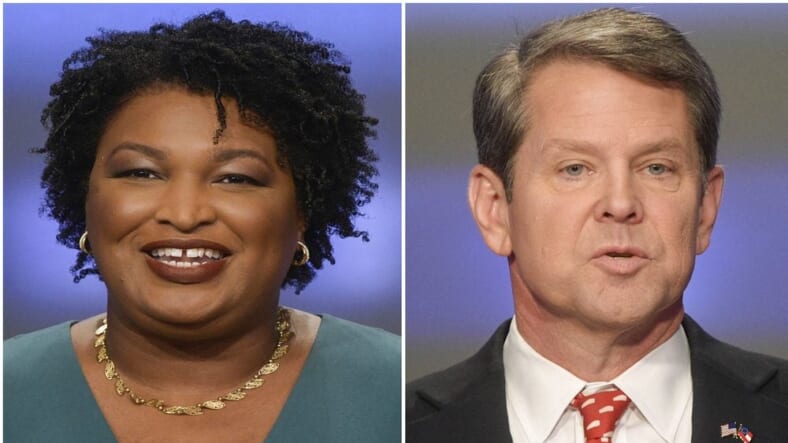 Her speech Friday effectively puts a stop to the contest. The final result had been in doubt for 10 days after the election.

Abrams made her announcement just after 5 p.m. That was the earliest state officials could certify the results after a court-ordered review of absentee, provisional and other uncounted ballots. Abrams’ campaign had contended there were potentially enough uncounted votes to force a runoff.

Kemp is Georgia’s former secretary of state. He was backed by President Donald Trump.

Abrams stressed as she spoke: “This is not a speech of concession.”

A spokesman for the Kemp campaign didn’t answer his phone and didn’t immediately respond to a text message seeking comment after Abrams’ speech.

Earlier today, it was reported that Stacey Abrams’ campaign was preparing an unprecedented legal challenge in the unresolved Georgia governor’s race that could leave the state’s Supreme Court deciding whether to force another round of voting.

The Democrat’s longshot strategy relied on a statute that’s never been used in such a high-stakes contest. It was being discussed as Georgia elections officials appear to be on the cusp of certifying Kemp as the winner of a bitterly fought campaign that’s been marred by charges of electoral malfeasance.

Top Abrams advisers outlined her prospective case to The Associated Press, stressing that the Democratic candidate hasn’t finalized a decision about whether to proceed once state officials certify Kemp as the victor and in fact, that happen Friday evening.

The Abrams campaign has nearly three dozen lawyers working on the potential case and considering other legal options.