Home for the holiday, Emantic Fitzgerald Bradford Jr. appears to have been in the wrong place and at the wrong time 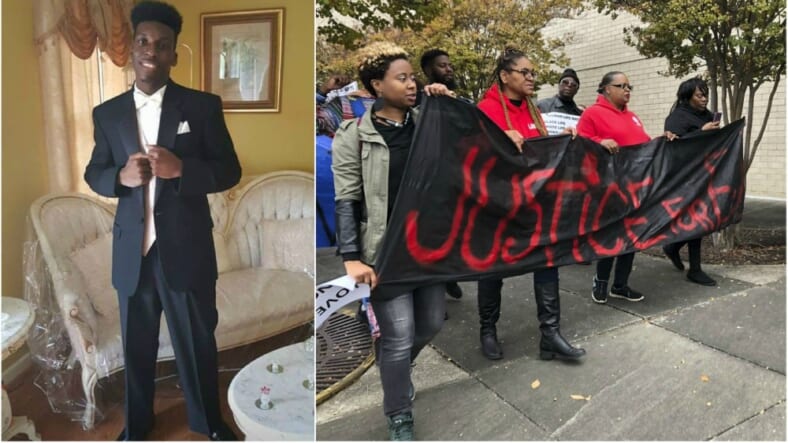 Emantic Fitzgerald Bradford Jr. was the son of a police officer and a US Army combat engineer who was home for the Thanksgiving holiday when his life was tragically snuffed out by police in a mall shooting in Alabama.

Bradford Jr., 21, was running away from the scene of the shooting while holding a handgun inside the Riverchase Galleria in the Birmingham suburb of Hoover when he was fatally shot by responding officers. He reportedly was involved in the altercation that led to the shooting of a 12-year-old girl and an 18-year-old male Thanksgiving night, but he was not the gunman who fired the rounds that wounded the victims, AL.com reported.

Police admit they got it wrong when they shot and killed Bradford and identified him as the gunman, and the hunt is now on for at least one suspect still at large who may be responsible for the Alabama mall shooting.

“New evidence now suggests that while Mr. Bradford may have been involved in some aspect of the altercation, he likely did not fire the rounds that injured the 18-year-old victim,” Hoover police Capt. Gregg Rector told the newspaper.

Police previously told reporters that Bradford was the shooter of the two victims but the investigation determined otherwise.

“We regret that our initial media release was not totally accurate, but new evidence indicates that it was not,’’ Rector said. “We remain committed to maintaining the integrity of this investigation, helping determine the facts involved …”

While police in Alabama are searching for the gunman, activists marched outside the mall demanding justice.

“Where is the bodycam footage — why we ain’t seen it yet,” said one protester. “They said they he killed a man and injured somebody else, they called him a suspect, what are they saying now … where are the cameras?”

New York Post reports that the officer who shot Bradford was placed on administrative leave as Hoover police conduct an internal investigation.