‘Let Me Explain’: White influencer responds to accusations of #Blackfishing to get followers 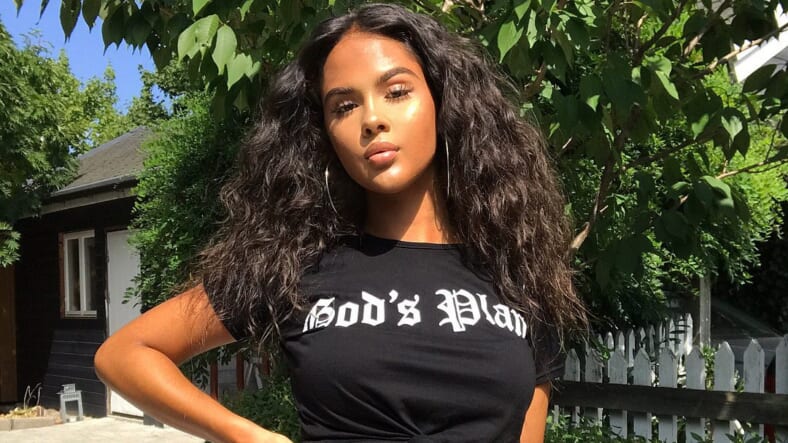 A Swedish model is responding to her critics after weeks of being accused of pretending to be Black to gain a following on social media.

According to PEOPLE, Emma Hallberg first became popular on Instagram due to her flashy makeup skills and trendy “Insta-ready” outfits. Many of her fans assumed she was a mixed race Black woman due to her noticeably deep complexion and curly hair.

Yet in the fall of 2018, several white Instagram models started being called out for pretending to be Black, and Hallberg was among them. Eventually the 19-year-old was exposed to her almost 250,000 followers as a white woman.

Stay In Your Lane ? Dress from @missyempire ?

READ MORE: Carolina Panther Eric Reid kneels during the anthem, so the NFL ‘randomly’ drug testing him 5 times across 8 games is anything but random

“White girls if you want to pass as Black, how about using your platforms to address the injustices and discrimination actual Black people face,” wrote one poster. “Don’t just appropriate, Appreciate the people you are imitating #emmahallberg”

What Hallberg and her counterparts are being accused of is #Blackfishing, a phrase coined to describe the practice of white women wearing excessive amounts of bronzer, braids, curly hair, long nails, hoop earrings, and body hugging clothes from trendy places like Fashion Nova, all to fool people into thinking they have Black heritage and an urban aesthetic.

Fans claim that rather than the usual forms of cultural appropriation, Hallberg intentionally deceived her audience. One Instagram user said “The girl was clearly posing as black, as she’s posted by many black pages etc.”

White girls if you want to pass as Black, how about using your platforms to address the injustices and discrimation actual Black people face. Don't just appropriate, Appreciate the people you are imitating #emmahallberg pic.twitter.com/gpmkvB0BZj

After staying quiet for weeks, the teen has now broken her silence with a series of messages on her Instagram Stories starting off with, “Let me explain.”

“You’ve probably seen these two pictures besides [sic] each other all over Instagram, Twitter and Facebook, where they are called the ‘before & after,’” Hallberg wrote, referencing the viral split screen photo of her.

“I’ve been accused of doing frequent spray tans, taking melatonin, getting hair perms and lip injections and many more. When I haven’t done anything of the above.”

I thought she was mixed my girl is fully SWEDISH

“This is how the sun tans my skin naturally during the summer,” the Swedish influencer explains. She then shared a photo of her brother and father attempting to show they tan as well.

“As you can see they also tan very easily,” Hallberg wrote also mentioning that curly hair also runs in her family.

She concluded her stories by clarifying, “I do not get my sponsorships, work opportunities and collaborations because of the color of my skin. I get it because of the way I style my clothes and create makeup looks.”

Check out a visual replay of her Instagram Story explanation below.