Ali has heard the complaints about "Green Book" and he disagrees. 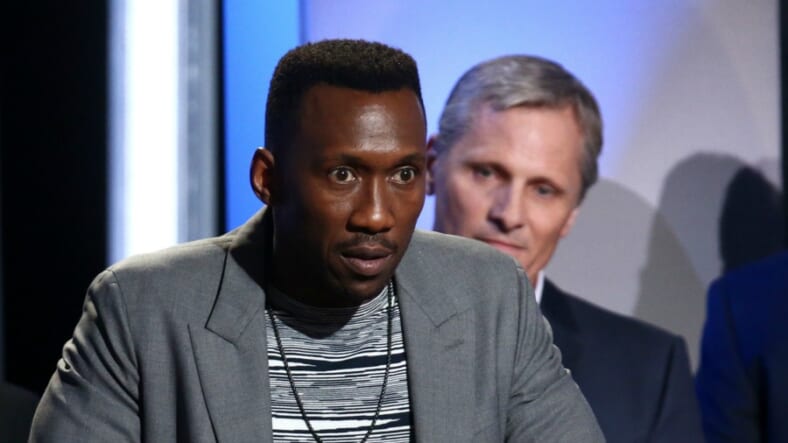 NEW YORK (AP) — Mahershala Ali’s life changed in more ways than one the week of the 2017 Oscars. Four days before he won best supporting actor for his performance in “Moonlight,” his wife, Amatus-Sami Karim, gave birth to their first child.

“When I won, all I could think about was: I just want to get home,” Ali says, grinning.

It wasn’t just Ali’s soulful, tender performance as a drug dealer in Barry Jenkins’ “Moonlight” that illuminated Ali to audiences. It was his incredible poise through awards season, where he became the first Muslim actor to win an Oscar. At the Screen Actors Guild Awards, during the outcry over Donald Trump’s ban on travel from several mostly Muslim countries, he eloquently spoke about “Moonlight” and acceptance: “We see what happens when you persecute people. They fold into themselves.”

It was clear enough: Here was no flash-in-the-pan. Here was a journeyman actor of uncommon grace and dignity. And Ali’s phone started ringing.

“It changed the trajectory of my career,” Ali, 44, said in a recent interview over tea in midtown Manhattan. “It gives you permission in some way to not dream bigger but dream deeper. Like: What type of work do you really want to do?”

Ali still harbors larger aspirations, like playing boxer Jack Johnson, but this fall has provided some of the answer. Ali stars in Peter Farrelly’s road-trip drama “Green Book”and headlines the upcoming third season of HBO’s “True Detective.” And “Green Book,” now in theaters, has again catapulted Ali to the top of the supporting-actor contenders. Many believe he’s in line for another Oscar.

But this time, the road has been rockier. “Green Book,” brisk and modest, has won raves from some critics and many audiences as a feel-good story about the real-life friendship that developed when the refined concert pianist Don Shirley (Ali) hired a racist Bronx bouncer, Tony Lip (Viggo Mortensen), to drive him on a 1962 tour of the Deep South. But the film has been criticized by some as an outdated, sentimentalized kind of movie, one that trades on racial tropes , perpetuates the “white savior” cliche and isn’t deserving of its namesake (a travel-survival guide for African-Americans in the Jim Crow South).

Ali grants “Green Book” is a portrait of race in America unlike one by Jenkins or Amma Asante or Ava DuVernay. But he believes the film’s uplifting approach has value.

“It’s approached in a way that’s perhaps more palatable than some of those other projects. But I think it’s a legitimate offering. Don Shirley is really complex considering it’s 1962. He’s the one in power in that car. He doesn’t have to go on that trip. I think embodied in him is somebody that we haven’t seen. That alone makes the story worthy of being told,” says Ali. “Anytime, whether it’s white writers or black writers, I can play a character with dimensionality, that’s attractive to me.”

“Green Book” was hailed as an irresistible crowd-pleaser and a major Oscar contender after its September premiere at the Toronto International Film Festival, where it won the festival’s audience award . (And every film in the last decade to win that prize has ended up a best picture nominee.) But the $23 million-film has struggled to take off at the box office, earning $8.3 million in two weeks. Universal Pictures still has high hopes. Audiences gave it an A-plus CinemaScore and the National Board of Review on Tuesday named it the year’s best film .

Still, along the way, Ali has heard the complaints about “Green Book.” He disagrees.

“A couple of times I’ve seen ‘white savior’ comments and I don’t think that’s true. Or the ‘reverse “Driving Miss Daisy'” thing, I don’t agree with,” he says. “If you were to call this film a ‘reverse “Driving Miss Daisy,'” then you would have to reverse the history of slavery and colonialism. It would have to be all black presidents and all white slaves.”

Yet the debates over “Green Book” have put Ali in a plainly awkward position, particularly when Mortensen used the n-word at a Q&A for the film while discussing the slur’s prevalence in 1962. Mortensen quickly apologized , saying he had no right, in any context to use the word. Ali issued a statement, too, in support of Mortensen while firmly noting the word’s wrongness.

“It was challenging, especially being the lone black presence in the film and feeling responsible to address that publicly,” says Ali. “There’s a difference between racist and lacking awareness. And I think he lacked awareness in that moment of the inappropriateness of the word, even within an intellectual context like that. There’s a mini explosion that happens whenever a non-black person says that in a public setting.”

“But I love him,” Ali adds. “And we’ve talked about it more. He’s a great dude and he’s going to continue to be a great dude.”

Ali first got to know Mortensen on the awards circuit two years ago, when Mortensen was nominated for “Captain Fantastic.” The film rests on their relationship; that it works so well is a testament to their chemistry together. When cast, Mortensen’s first question to Farrelly was who was going to play Shirley.

“When Pete said Mahershala Ali, I said, ‘Well you can’t do better than that,'” Mortensen said by phone. “He’s very sensitive and extremely intelligent and thoughtful and has a real awareness of himself in any space. He’s at ease with himself. My sense of him is that he’s meticulous as an artist. There was a dynamic there based on each of us trying to help the other guy doing the best possible job that he could. It was beautiful.”

Ali grants he shares Shirley’s own fastidious nature (“I would say within reason,” he says, smiling). Farrelly adds that Ali’s precision had a hugely positive effect on “Green Book,” especially in shaping the portrayal of Shirley. “I wanted to make sure Don Shirley was equally if not more empowered,” Ali says. The actor suggested tweaks and changes to deepen the pianist’s pain at, like Nina Simone, being denied a career in classical music.

“And he did a bunch of those. He was very hands on in a good way,” Farrelly said by phone. “He and Viggo are a great balance. They’re such perfectionists in their work.”

Farrelly, best known for his broader comedies with his brother Bobby (“There’s Something About Mary”), also defended his film.

“I’m getting some crap from people saying it’s a rosy picture of race, but, you know, it’s just a rosy picture of that relationship, not all race relationships,” said Farrelly. “And it’s the truth of what happened to these two men. And that is the thing that really drew me to the project. I’m a hopeful guy. I know we’re in a dark period right now in race relations but I am hopeful.”

Ali has his own kind of optimism for “Green Book” and its place in a larger conversation.

“The disease of racism and bigotry and discrimination — there are a myriad of ways to tackle that,” Ali says. “And you need all of them.”