Ali, who stars with Mortensen in the new film, Green Book, noted that the usage was “hurtful.” 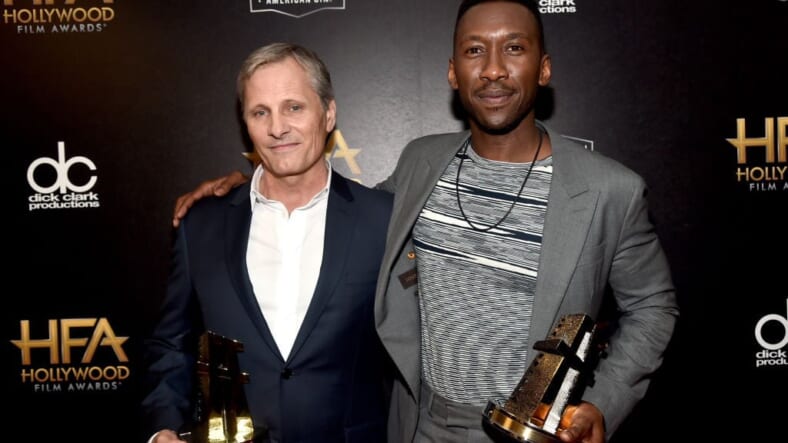 Veteran actor Viggo Mortensen, best known for his rolls in Carlito’s Way, Crimson Tide, Daylight, and A History of Violence, has been apologizing profusely after dropping the n-word Wednesday during a screening for his new movie, Green Book.

Mahershala Ali, who stars in the film with Mortensen, has accepted the apology, calling Mortensen a “great partner” while adding that he thought his usage of the word was “hurtful.” The incident occurred during the screening in Los Angeles, according to the Daily Mail.

“However well-intended or intellectual the conversation may have been, it wasn’t appropriate for Viggo to say the n-word,” Ali said in a statement on Friday. “He has made it clear to me that he’s aware of this, and apologized profusely immediately following the Q&A.

“Knowing his intention was to express that removing the n-word from your vocabulary doesn’t necessarily disqualify a person as a racist or participating in actions or thoughts that are bigoted, I can accept and embrace his apology,” he added.

Green Book centers on a tour of the Deep South in the 1960s by Jamaican-American pianist Don Shirley (Ali) and a bouncer serving as security (Mortensen). Mortensen was asked about how speech and attitudes have changed since the 60s when he used the slur as an example.

“For instance, no one says n—er anymore,” Mortensen said. It did not go over well in front of the audience.

Was at a screening for #GreenBook—the movie is amazing, but at the Q&A after Viggo Mortensen just dropped the N Word and the oxygen immediately left the room. #movies

Mortensen quickly apologized, issuing a statement saying that he did not mean to use the slur in a hateful way

“Although my intention was to speak strongly against racism, I have no right to even imagine the hurt that is caused by hearing that word in any context, especially from a white man,” Mortensen said. “I do not use the word in private or in public. I am very sorry that I did use the full word last night, and will not utter it again.”

While Ali was forgiving, the Academy Award winner made it very clear that any use of the word is not acceptable.

“The use of the word by those who aren’t black, is not up for debate,” he added. “The history of discrimination, slavery, pain, oppression and violence that the word has come to symbolize only causes harm to members of the black community and therefore needs to be left in the past.”