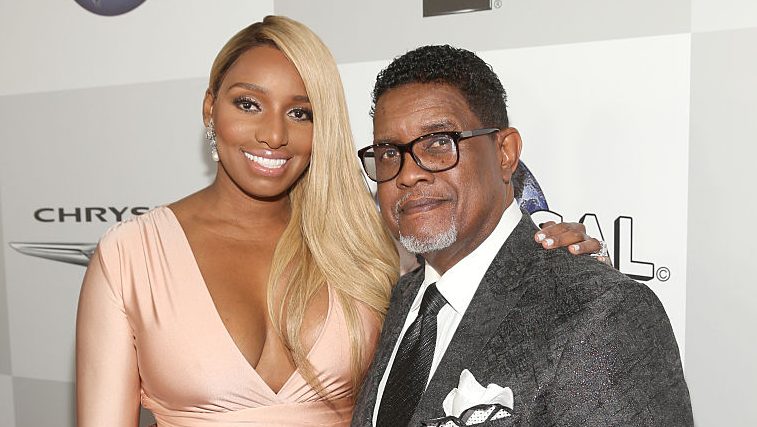 Real Housewives of Atlanta fans have been following Nene Leakes and her husband Gregg Leakes as they confront his cancer diagnosis on this season of the hit reality show and it looks like the couple may not be as close as they appear.

Although Nene is known for speaking her mind, her fans were shocked and puzzled by a recent post on social media where she throws some major shade at her sick spouse who is battling stage 3 colon cancer.

Gregg share some sweet sentiments toward his supportive friends and Nene responded with some serious shade.

Oh nooo, looks like #Nene & #GreggLeakes are going through it. Hopefully they can resolve it! (SWIPE)

“Well u need to do everything you posted! Practice what you preach,” she replied, later adding the following: “You need to pray for yourself! This mean, grouchy, evil stuff u pulling these days are NOT cool.”

When a fan clapped back at her seemingly insensitive message, Nene Leakes lost her cool and suggested her husband is deserving of her shade.

“Chileeee shut up!” she responded. “Gregg has done so much s–t. It didn’t just start! While u commenting saying s–t to me, ask him what has he done! Oh, and by the way, Gregg isn’t bed stricken and needing daily help! You got it twisted.”

Is Kim Zolciak-Biermann a racist or did Nene Leakes go too far?

She responded to another follower’s similar statement with just as much fury.

“You don’t know S–T about Gregg and NeNe Leakes and you have no idea what he has done!” she wrote. “Ask him [a–hole].”

Shortly after, Nene Leakes took to Twitter to explain where she’s coming from.

“I would just think if I have or had cancer, I would see life so differently! Not being mean, grouchy and evil for no real reason! But that’s me. Pray for me,” she posted.

I would just think ? if i have or had cancer, i would see life so differently! Not being mean, grouchy and evil for no real reason! But that’s me. Pray for me

We have been wondering what’s going on with Nene Leakes and her husband for a while. Something doesn’t sit right about having reality TV cameras chronicling such a tough time when most people would likely decide to sit this season out if their spouse was ill. Let’s hope these two were just having a tough week.