The school’s viral success stories appear to be a front for a variety of abuses and corrupt behavior, according to an exposé in The New York Times. 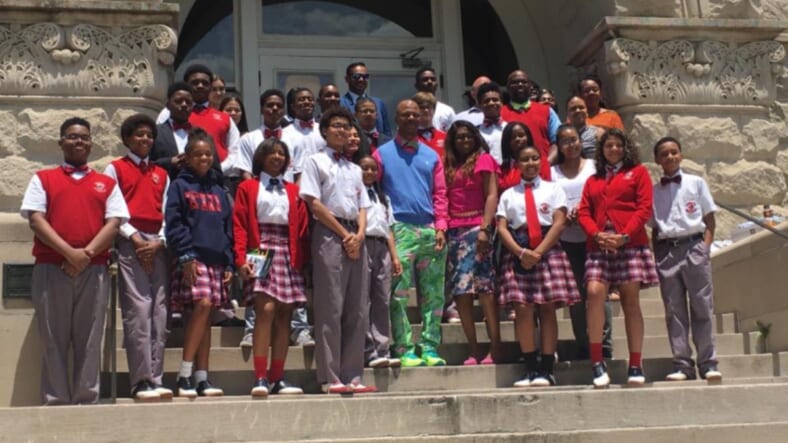 T.M. Landry College Preparatory School in Breaux Bridge, La., was a success story—on the surface, that is.

The school shared a video last year of a 16-year-old student opening a Harvard acceptance letter, which quickly went viral, garnering more than 8 million views. Other Landry students have also gone on to attend Ivy League schools in addition to Stanford and Wesleyan.

The viral videos led to donations to the school from across the nation. However, according to a piece in the The New York Times, the school’s viral success stories appear to be a front for a variety of abuses and corrupt behavior.

The piece opens with an account of a glowing reference letter written by the school’s founder Tracy Landry for a student named Byron Sassau. The letter said that Sassau had an alcoholic father who had beaten him and his mother, and was the founder of a community organization set up to help children of abusive and alcoholic parents. Landry also wrote that Sassau took four years of honors English, was a baseball MVP, and earned high honors in the “Mathematics Olympiad.”

The letter got him into St. John’s University, but Sassau said that letter was a lie.

“I was just a small piece in a whole fathom of lies,” Sassau said.

The story reveals that the school falsified transcripts and made up fake students. The Landrys also created a culture of fear, physical and emotional abuse according to students and teachers.

Students were allegedly forced to kneel on rice, rocks and hot pavement, and were choked, yelled at and berated. The Times also found court documents showing that co-founder Michael Landry and another teacher at the school had pleaded guilty to crimes related to violence against students, and police records that included multiple witness statements saying that Landry hit children.

The Breaux Bridge Police Department closed the case after deciding it was outside of its jurisdiction.

“That dream you see on television, all those videos,” Sassau’s mother, Alison St. Julien said, “it’s really a nightmare.”

The Landrys denied falsifying transcripts and college applications, but Michael admitted that he hit students and could be rough. He also goads Black and white students to compete against each other because “that is how the real world works.”

Landry was sentenced to probation and attended an anger management program after pleading guilty to a count of battery, even though he denied that that he had done either. Landry claimed that the student’s mother told him to hit the child.

Later in the interview, Landry – ever defiant – goes off on the Times, claiming that they were against black students going to upper level schools before making an interesting comparison.

“We need the haters,” he added. “I welcome the haters. My name is Michael Landry. I am the reformer!

“They killed Jesus Christ because he could save the world,” he continued, The Times wrote. “I say to myself, who are you compared to Jesus? Nothing! So I stick my arms out and say nail me to the cross if that’s what you want.”

What do you make of this, Grio fam?