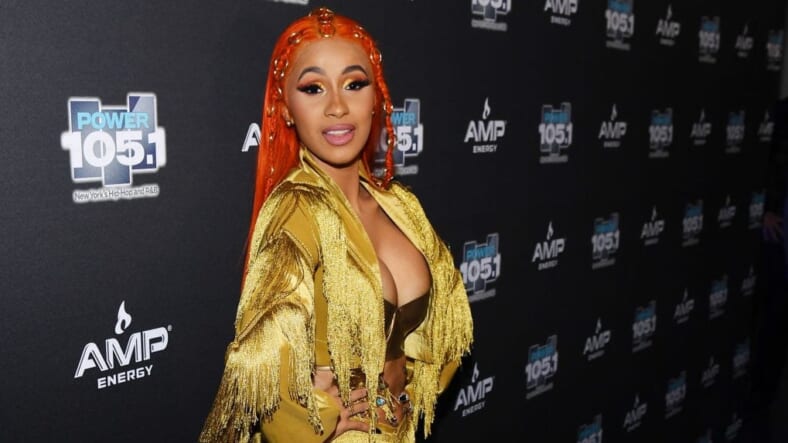 Cardi B (Photo by Dave Kotinsky/Getty Images for Power 105.1)

Rapper Cardi B appeared jubilant and unbothered after she left criminal court Friday where she faced charges of reckless endangerment, third-degree assault, and harassment over a strip club fight with bartending sisters Rachel Wattley, 21, and Sarah Wattley, 23.

Prosecutors wanted the rapper’s bail set at $2,500, but she was released on her recognizance because the judge said he didn’t think the former reality TV star was a flight risk. After issuing protective orders for the alleged victims, Judge Scott Dunn told Cardi to have no contact with the Wattleys — even on social media.

“Any contact will result in your arrest,” Dunn said.

Cardi B, whose real name is Belcalis Almanzar, and members of her entourage allegedly threw bottles and chairs at the bartenders inside Angels Gentlemen’s Club in Queens back on August 29. The fight was ignited by Cardi’s suspicion that her estranged husband, Migos rapper Offset, was cheating with one or both of the sisters.

—Offset’s alleged side chick begs Cardi B for forgiveness—

The Bronx-born MC was charged with misdemeanor assault and reckless endangerment. She turned herself in to the police in October. Cardi B wore a rainbow wig and black Christian Louboutin boots to her Friday morning court appearance. She avoided a bench warrant for her arrest that a judge threatened to issue after she failed to appear at an arraignment Monday.

Cardi was ordered back in court on Jan. 31. As she left the hearing, a reporter informed her about the five Grammy nods she received that morning. She later gushed on Instagram: “What a way to find out i got 5 Grammys nominations I’m tellin you my life is a movie.”

What a way to find out i got 5 Grammys nominations???I’m tellin you my life is a movie .I work my ass off for this!Win or not atleast i know i had a chance and people was watching and admiring my work.Im Soo happy!THANK YOU!