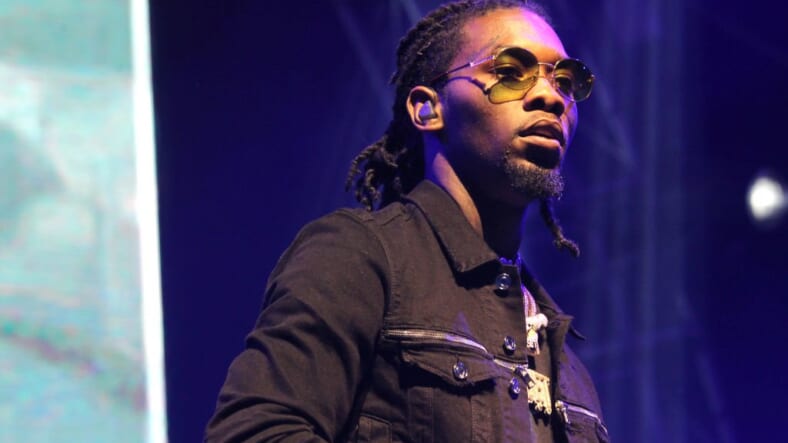 The woman that cried over her alleged affair with Offset in an apology video to his estranged wife, Cardi B, now says she plans to release an emotional song about the Migos rapper.

Summer Bunni claims she wasn’t aware of “how serious his marriage was” and insists she hasn’t been with Offset since he and Cardi welcomed their first child together.

Cardi B announced her split from Offset, one year after eloping, on Instagram Tuesday night, saying, “It’s nobody’s fault it’s just like I guess we grew out of love.”

Bunni told The Blast she wrote a track titled “Don’t Matter” over the summer when she was having “mixed feelings” about the rap star.

“I just wanted to write about how I felt at the time,” the 20-year-old said, giving the outlet a preview of the song.

“I’m sick of you, I guess my feelings don’t matter,” the track reportedly begins, before she adds: “You didn’t mean it huh / What you say / You stay lying n—a straight to my face.”

But perhaps she was hoping her relationship with him would work out, as she also raps: “F–k the gossip f–k the tea / I’m the one that you really need.”

—Alexandria Ocasio-Cortez ‘threatens’ Donald Trump Jr. with her ‘subpoena power’ after he trolls her with dog meme—

Bunni said Offset hasn’t heard the song but she did tell him about it.

This is not the first allegation of cheating that Offset is making headlines over. Cardi issued a warning to him last December during a concert when she said: “I let a n***a know though. You do that shit again, you gon’ lose your wife.”

It’s unclear if infidelity is the real reason behind Cardi’s decision to break up. In her apology video, Summer Bunni says she hopes Cardi and Offset are able to sort out their marital woes.

“I have not spoken to Cardi B, but I would like her to know that I’m a very genuine person, and I’m not here to break up her family or mess up what she has going on with her husband,” she said.

“I’m very sorry that this has happened, and I’m very sorry that I didn’t think [of] my worth as a young lady, and I just hope that she can overcome this and I know that her and Offset do actually have love for each other,” Bunni continued. “I can tell. I hope with this she can actually just focus on her love for Offset.”