The artist, actress, and activist is on a roll. 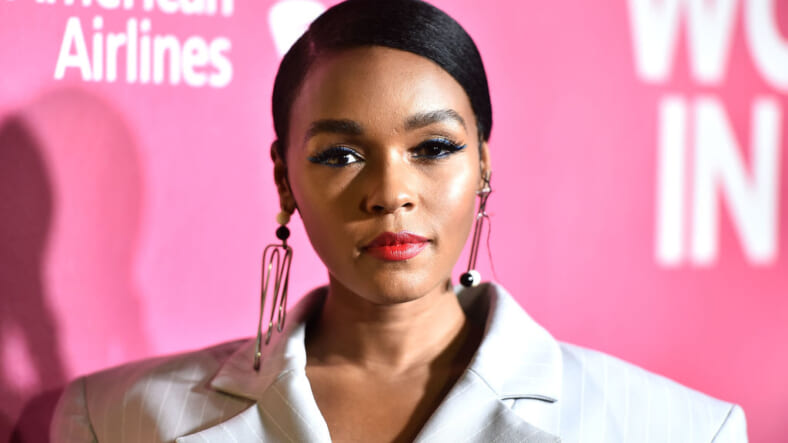 Janelle Monae is a force to be reckoned with when it comes to entertaining and the artist, activist, and actress has a ton of projects in the works that have us awfully excited.

Monae’s production company, Wondaland Pictures, inked a first-look deal with Universal last month. “There is an exciting, artistic revolution taking place in our industry, and Janelle and the talented team at Wondaland are at the forefront,” Donna Langley, chairman of Universal Pictures said in a statement. “Their forward-thinking, inclusive approach to content and storytelling make them a perfect fit for our studio.” Monae is slated to appear in the Universal Pictures drama Welcome To Marwen, as well as the upcoming Harriet Tubman biopic Harriet and a live action remake of the 1955 film Lady and The Tramp.

Her film roles are killer.

While Janelle Monae has been making music for over a decade, she’s also a major player in the film world and shows no signs of slowing down soon. She is set to star in the upcoming Gloria Steinem biopic, The Glorias: A Life on The Road alongside Hollywood heavyweights, Julianne Moore and Alicia Vikander. Monae will play civil rights activist, Dorothy Pitman Hughes in the flick that’s based on Steinem’s 2015 memoir.

She has a silly side.

Janelle Monae will star alongside Tessa Thompson in the upcoming live-action adaptation of Lady and the Tramp. In it, she will play Peg, a stray dog that was vice by Peggy Lee in the original animated film.

She’s all about history.

While we have come to expect that Monae chooses her acting gigs carefully, we are especially excited about the work she’s doing on Harriet. The highly-anticipated film is a biopic about legendary freedom fighter Harriet Tubman. The film started shooting in October in Virginia and will also feature WIDOWS star, Cynthia Erivo as well as Leslie Odom, Jr.

“When I’m creating art, I always try to be honest and vulnerable about who I am as I am writing and putting the projects together. I like to follow my inner compass and soul clock and am moved when it’s the right moment to speak about certain things. I think I have felt a deep responsibility to using art to promote social change and social activism. Certain issues tug at my heart and I feel like I don’t hear it spoken about enough. You have every right to speak out and speak up. There’s not right or wrong way to do art. We’re all criticized for not saying enough or saying too much. You have to lead with your heart. It’s always an honor when what I’m saying registers with other people.”