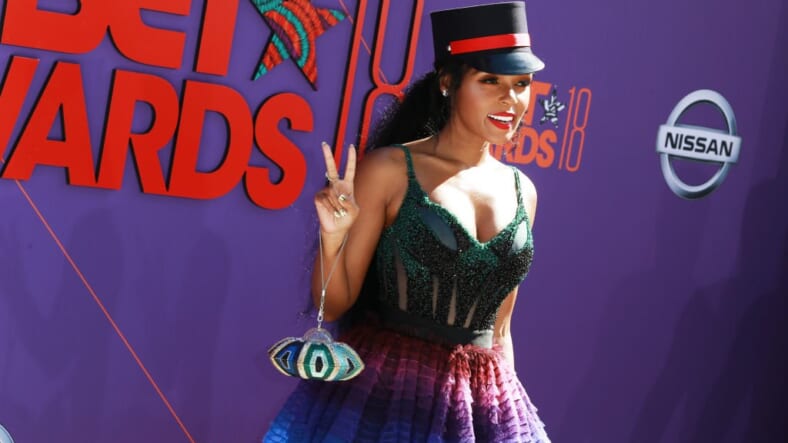 Janelle Monae is joining the cast of the Harriet Tubman biopic, Harriet.

According to The Hollywood Reporter, the movie which also stars Cynthia Erivo, will be filmed in Virginia, the place where Tumban took the historic trek to free hundreds of slaves through the Underground Railroad.

Also starring in Harriet will be Leslie Odom Jr., Joe Alwyn, Jennifer Nettles and Clarke Peters. And the film will be directed by Kasi Lemmons.

When Focus Features announced Cynthia Erivo would portray Harriet Tubman, someone on Instagram criticized her casting over an African-American actress.

“Why do you Brits come to the U.S. and take roles that should be reserved for African-Americans?” the commenter said. “How would you feel (if) we went to your country and snagged all the acting roles? Why can’t you people create your own movies and roles in the U.K.? We paved the way for ourselves here, and you people come and take (shots) we worked hard for…”

Erivo responded by saying she wasn’t sure about addressing the criticism.

“I struggled a little with whether or not to post anything about this role, because even though there is so much celebration and encouragement coming through, there’s also anger and offense spurred on by my being from the UK…..I guess there is a bigger conversation to be had about heritage and experience, also about who Harriet really was,” she wrote. “That (cannot) be had in an Instagram post, what I will say is that my journey to this woman has been long and detailed and one I have not taken lightly.”

“Nothing has been given to me without me first putting the work in, people speak of foreign privilege and truthfully life would be unbelievably easy if that were applied to me but that is not my portion. I fought for the role of Celie, and spilled blood sweat and tears playing her, the same applies for every role I’ve earned, this will be no different,” she continued.