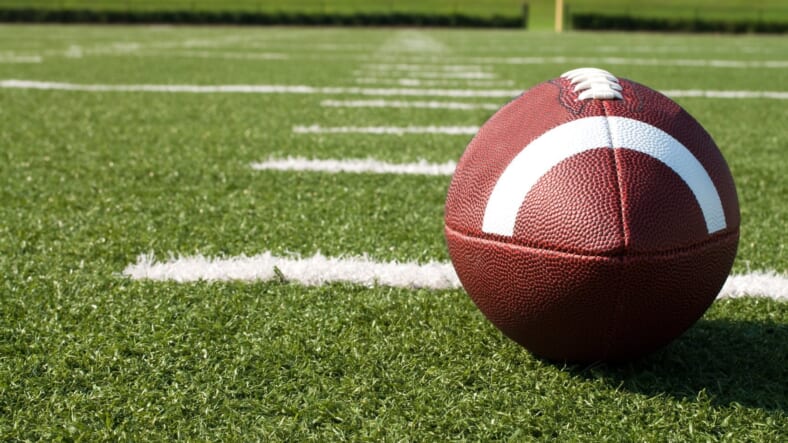 Two Idaho State University football players were driving while Black and heading home for the Christmas holiday in 2016 when their car slid off the road. As they were waiting for  AAA, a passerby called the police to report that a car was sitting on the side of the interstate with two Black men inside.

As the narrative goes with being Black and arrested for crimes of nothingness, Nehemiah McFarlin and Atoa Fox were arrested by Utah police on suspicion of robbing a bank and put in the Box Elder County Jail in Brigham City, where they sat for a day until they were released, Standard.net reports.

Now, the two African-American football players have filed a false-arrest suit in U.S. District Court Wednesday against the Utah Highway Patrol and Idaho police after being accused of bank robbery.

“Other than being ‘black,’ neither McFarlin nor Fox matched the description of the robbery participant,” attorneys for the two said in the suit alleging false arrest, illegal search and seizure and excessive force.

Eventually, three weeks later, a 20-year-old Ogden man, Dakota Shareef Walker, who is also Black was arrested at his Ogden home Jan. 10, 2017, by the FBI and Ogden police in connection with the Dec. 14, 2016 U.S. Bank in Malad robbery. The suspect was additionally charged with a spree of bank robberies in Idaho and others states. He pleaded guilty to that robbery and others and was sentenced to 7 ½ years and ordered to pay $7,700 in restitution.

Unfortunately, when Fox and McFarlin told the police that they could not have robbed the bank and offered alibi’s, they were ignored, the lawsuit alleges.

Instead, the men were threatened and treated with excessive force during the handcuffing and their incarceration, the lawsuit says.

The Idaho State students, both 18, were riding in a 2017 Chevy Camaro, that belonged to McFarlin. The car slid off the Interstate 15 near Portage and had front-end damage. They were waiting for AAA help when two Utah Highway Patrol troopers arrived.

The Oneida County Sheriff’s Office in Idaho had sent out an alert that there was a Black male suspect, operating a four-door white Toyota passenger car, with three missing hubcaps, no license plate, and front-end damage.

Oneida County deputies showed two US Bank tellers’ photos of the men and asked them to ID them as the robber, the suit said.

“The procedure used, to show plaintiffs’ photographs to potential witnesses, was conducive to an irreparable mistaken identification,” according to the suit.

The men were released when it was determined by the Oneida County Sheriff’s Office that there was no probable cause to continue holding them. The Sheriff’s department then asked Box Elder County to let them go, the suit, says. They are seeking some 10,000 in damages.

McFarlin is no longer in the football program but continues to be a member of the Bengals football team at Pocatello, said Steven Schaack, Idaho State deputy athletics director.