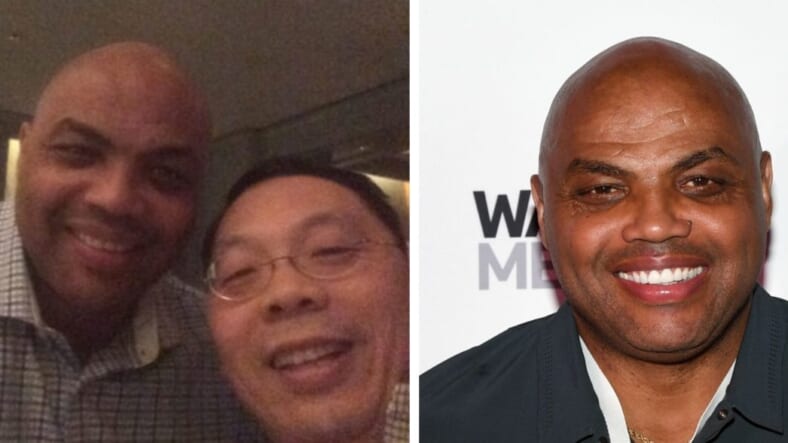 Charles Barkley’s friendship with the father of an Asian-American freelance journalist has gone viral for showing that unique relationships can make for teachable moments about unexpected friendships.

On Friday, Shirley Wang a journalist, opened up to Boston NPR affiliate WBUR about the close relationship that formed between the basketball great Barkley and her late father Lin Wang.

“It’s just really insane,” Wang told CNN on Sunday. “So many people are reading it. I feel really lucky I can grieve so publicly.”

Wang said her father and Barkley met at a hotel in Sacramento, California in 2014. The two struck up a random conversation at a hotel lobby bar. That conversation between the businessman and retired basketball player lasted for two-hours and developed into a friendship over the years.

Wang writes that her father and Barkley remained fast-friends and would visit each other whenever they landed in the same town.

Even though her father would boast that Barkley was his good friend, his co-workers didn’t believe him, she said.

“He even made a slideshow of photos of him and Barkley together for our community’s Chinese New Year celebration — totally irrelevant to the holiday,” Wang wrote.

READ MORE: ‘Into The Spider-Verse” earns $35 million on opening weekend—

Wang said she wrote the story for her own benefit.

“I just wanted to write or work on something where I could sit next to my dad and put a mic next to him and ask him questions,” she said.

“Friendships can be found anywhere and really weird things happen when you connect with interesting people,” Wang said.

And the support, she said, has been overwhelming.

“All of my Asian-American journalist icons have either followed me, retweeted me or messaged me about the story,” she said. “I can’t believe people that I respect so much and follow are reading my stuff. It’s just incredible to me.”