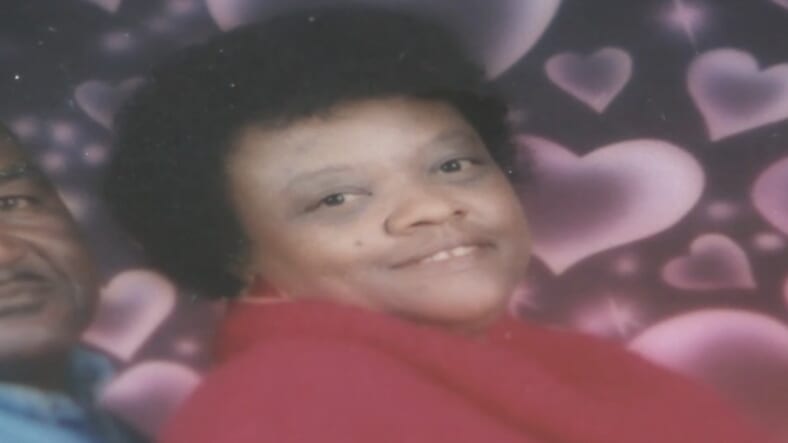 A woman in San Antonio died while waiting in jail to be released on a $300 bond that required only a $30 payment for her to be discharged, KSAT.com reports.

READ MORE: Bye, Felicia! Michelle Obama opens up about that awkward moment Melania Trump tried to hand her a gift

Janice Dotson-Stephens, 61, died in the custody of the Bexar County Sheriff’s Office on Friday after being locked up since July on a criminal charge of trespassing on private property, according to court records. In most states, criminal trespassing is a misdemeanor.

Court records show she required a $300 bond with 10 percent payment for her release. Instead, the grandmother, whose family says was suffering from mental illness, sat in jail and on Friday BCSO officials said Dotson-Stephens died of natural causes while in custody. She was taken to the infirmary at the annex detention center, reports said.

In August, Dotson-Stephens was ordered to undergo a psychiatric evaluation for refusing to be interviewed immediately following her arrest in July. By August 8, she was assigned a court-ordered attorney.

By August 27, some 10 days after she rebuffed making a court appearance, she was ordered to undergo the mental health evaluation. But why she remained in jail on her first misdemeanor charge, for so long, remains unclear.

“We just felt she shouldn’t have died as a criminal in the jailhouse, she wasn’t a criminal, she had a mental issue,” her daughter-in-law Leticia Dotson told San Antonio station KSAT. She said the family thought she had been hospitalized and had no idea she had been held in custody for five months.

She had been arrested before, Dotson explained, but she would always be released to the state hospital for treatment. But this time, the family received no word. “If we had to bail her out and then gone through the process of getting her to the state hospital, we would have done that.”

The incident brings to light problems with the cash-bail system which critics have called modern day “debtors prisons” that penalizes the poor and minorities.

The move is a way to be sure that no one will ever be jailed simply because they are poor.

The FIRST STEP Act—a bipartisan criminal justice reform bill which is getting national attention for its rare coalition of supporter is expected to be voted on sometime this week in the Senate.

The bill has drawn critics from both sides of the political aisle, including two outspoken Republican leaders, Sen. Tom Cotton and Sen. John Kennedy, who have characterized the bill as nothing more than a jailbreak—one that will be politically costly if prisoners sent free commit more crimes.

The long-debated bill is a package of reforms for federal prisons, which includes reducing mandatory life-sentences; banning the shackling of pregnant women; extending the 2010 Fair Sentencing Act (which corrects the racist practice of harsher sentences of crack vs. cocaine) retroactively to prisoners; keeping prisoners within 500 miles of their home and offering good behavior credits for prisoners who complete programs to get their education and other training.

If it goes into effect, it’s estimated that 3,000-7,000 people would be eligible for immediate or earlier release from prison.